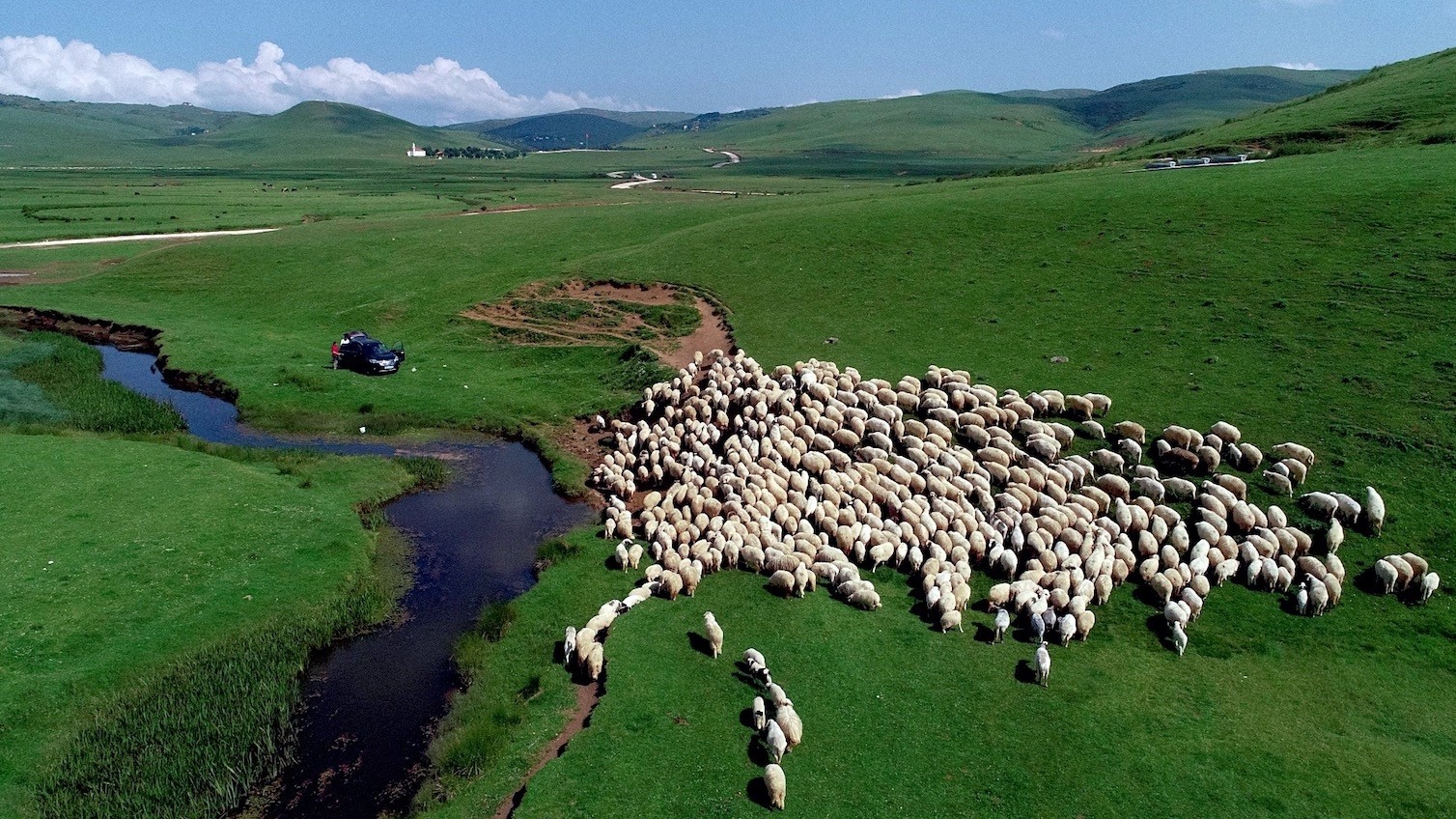 Located at an altitude of 1,500 meters and 17 kilometers from Ordu's city center, Perşembe Plateau, which is believed to be inhabited since the time Turkic peoples started to live in Anatolia, offers visitors scenes that look like they come out of a magazine.

With the coming of the summer, the higher altitudes of the Black Sea Region reawaken. Cattle that feed on the green grass and nature's most untouched state, mesmerize tourists. With the lake and waterfall decorating the field, the Perşembe Plateau offers an alternate tourism destination for nature lovers and adventure seekers. As the plateau is considered a natural tourism center, it is forbidden to build houses and touristic facilities in the highland. Tourists who come to Ordu to witness the natural beauty of the Perşembe Plateau can stay overnight and shop in the town center, which is located at the lower altitudes.

Apart from its natural beauty, the Perşembe Plateau also hosts traditional oil-wrestling tournaments, football matches, horseback and off-road races, which attract a great number of tourists from neighboring cities as well as from all over Turkey.

One of the visitors who enjoys the view of the plateau with his family, Ömer Duran, said they come to Perşembe every month to relax and have some fresh air. Stating that people are very interested in the highlands of Ordu, Duran said: "It is nice to be in nature. This place is a tourist attraction and we see tourist groups coming and going from different parts of Turkey as well as the world. During Ramadan, we break our fast here. At tournament times, it is impossible to find a spot in Perşembe Plateau."

Sefa Eşlik, who is a university student, said everybody should witness this natural beauty at least once in their lifetimes.

"This is a very unique place," said Eşlik, and continued: "The view and the lifestyle of this place are amazing. We invited our friends here as well and they said they had the time of their lives."