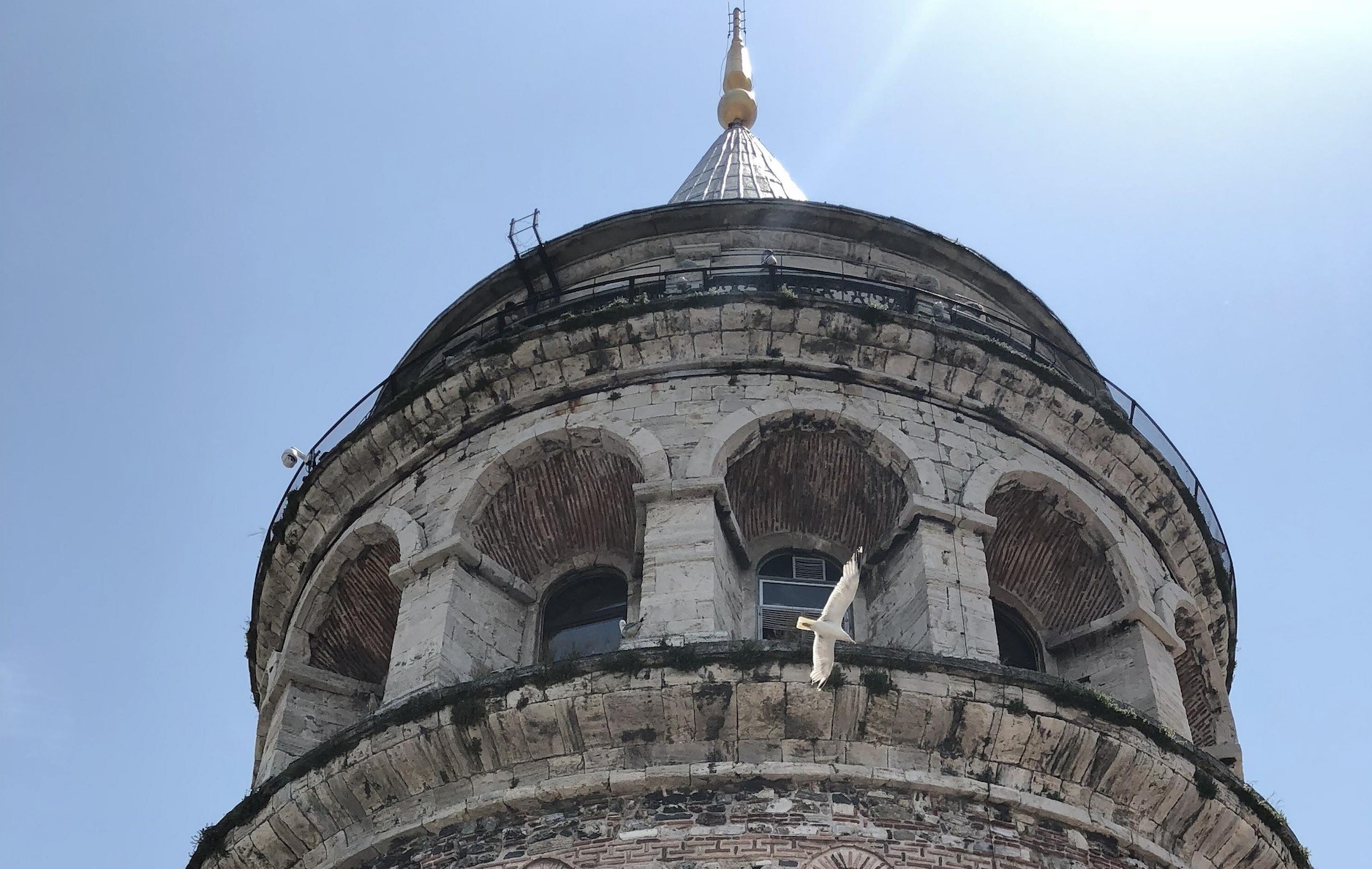 The seven-centuries-old Galata Tower, which is one of the landmark buildings of Istanbul's skyline, has been welcoming the same seagull every day for the past couple of months.

The seagull, which is fed by the employees of the restaurant that operates at the top of the tower, visits the historic building every day at the same time. The seagull has become so accustomed to being fed that when the employees do not open the window to feed it, it does not leave its position until it gets some food. Fed a diet of fish, chicken and meat, the seagull also camps outside the window if its stomach is not full. The visitors of the tower watch every minute of this feeding ritual and document it with photographs and video.

Built in the 14th century by the Genoese colony as part of the defense wall surrounding their district at Galata directly opposite ancient Constantinople, the Galata Tower continued to serve its purpose for centuries even during the Ottoman rule of the ancient city.