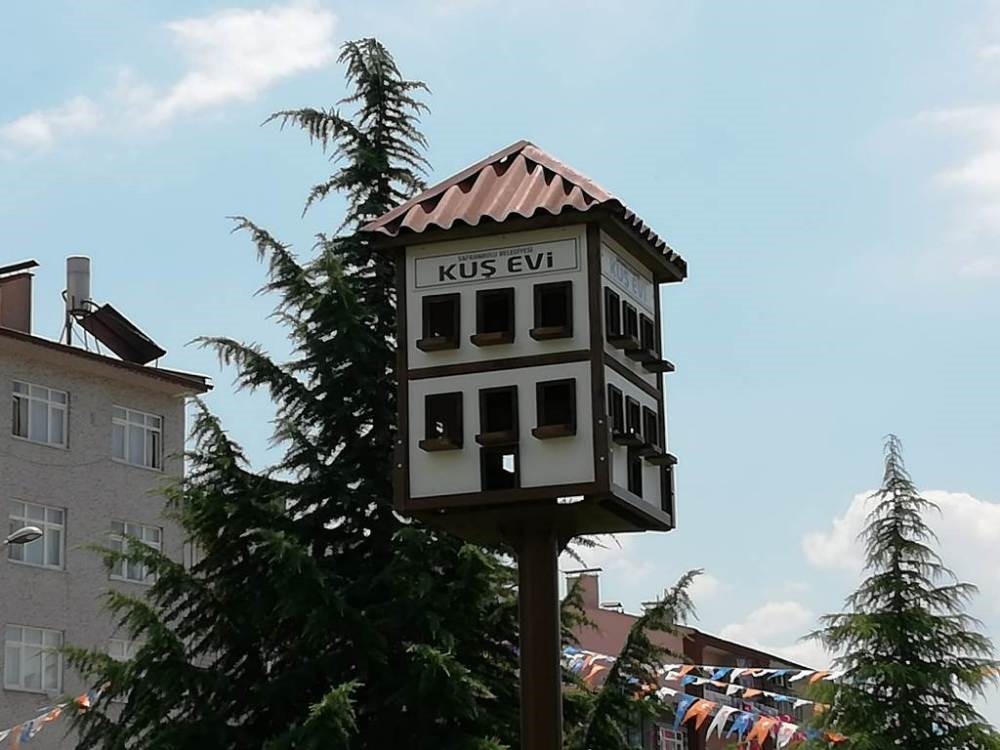 Safranbolu, Karabük, which is on UNESCO's World Heritage List thanks to its unique architecture, is home to thousands of birds. Since so many birds reside in this historical town, the local administration has built birdhouses similar to the houses that have made Safranbolu famous.

Speaking to the press, Safranbolu district head Fatih Ürkmezer said they built the houses to protect the birds.

He said that the birdhouses provide shelter to birds during extreme heat as well as cold and added: "Protecting stay animals and birds is our priority in Safranbolu. We care about their safety."

Safranbolu first found itself in the spotlight due to Süha Arın's documentary "Safranbolu'da Zaman" (Time in Safranbolu) in 1977, and the district was introduced to tourism after measures were taken to preserve its historical features. The district was listed on UNESCO's World Heritage List in 1994 and officially became a tourist attraction a year later. Considered one of the most important settlements reflecting Turkish urban culture, Safranbolu offers a journey through time to visitors. Chinese, Taiwanese, Japanese, German, Italian, Korean and domestic tourists flock to Safranbolu, which is surrounded by historic inns, public baths, mosques, fountains, bridges and architecturally unique mansions.