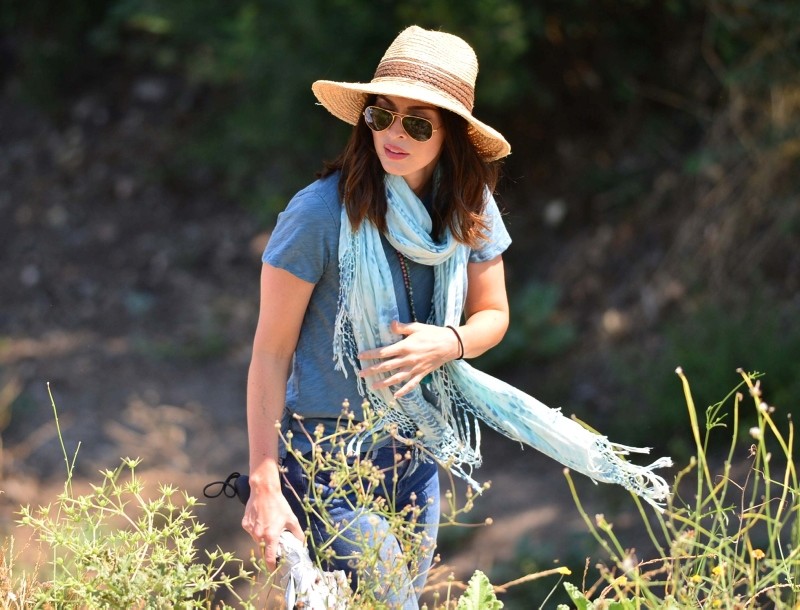 Fox is in Turkey to shoot one of the episodes of the documentary film, Myths and Mysteries with Megan Fox.

The episode will describe the Trojan War and will be aired on Travel Channel in the coming months.

She also visited the Bozcaada district of Çanakkale.

Fox was given a briefing on Troy and its mythology by Rüstem Aslan, a teacher at Çanakkale Onsekiz Mart University.

The actress took several photos of the site with her phone as she chatted with Aslan.

Meanwhile, Fox's camera crew was filming the ancient city and its immediate vicinity.

Troy, located on the mounds of Hısarlık overlooking the Turkish Aegean coastal plain, is one of the most famous archeological sites in the world with its 4,000-year-long history. Troy has been immortalized by the ancient Greek poet Homer in his mythical epics the "Iliad" and the "Odyssey."

The site was added to the UNESCO World Heritage List in 1998. Turkish Culture and Tourism Ministry has declared 2018 as the Year of Troy to celebrate the 20th anniversary of the event.

Last week, Fox was spotted in England visiting the famous Stonehenge. Mysteries and Myths with Megan Fox starring and co-created by the Hollywood star is set to premiere in late 2018.