Revenge of a forgotten medical 'genius' 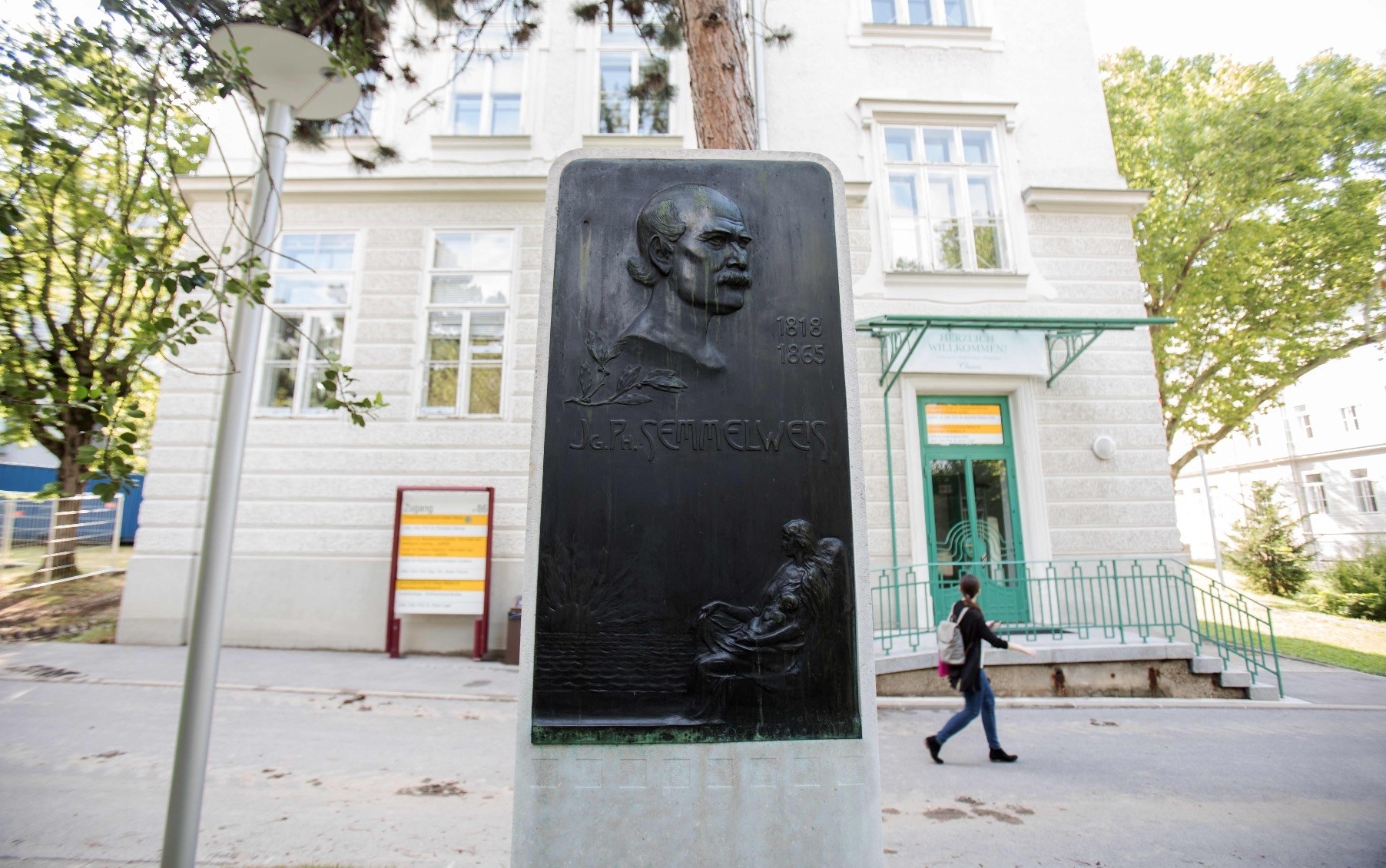 A commemorative plaque for pioneering scientist Ignaz Phillip Semmelweis stands in the garden of the General Hospital in Vienna.
by French Press Agency - AFP
Jul 02, 2018 12:00 am

It's not an uncommon fate for a pioneering scientist: languishing unrecognized in his time before dying in obscurity. But as his 200th birthday approaches, the life-saving work of a Hungarian obstetrician is finally getting its due.

Decades before Louis Pasteur won widespread acceptance for the germ theory of disease, Ignac Semmelweis was battling his peers to accept what is today medical orthodoxy – doctors should thoroughly disinfect their hands before treating patients.

Born on July 1 1818, Semmelweis joined the obstetrics department of Vienna's general hospital in 1846 and was immediately struck by the extremely high maternal mortality rate in the wing where student doctors trained: it stood at more than 10 percent, at times going up to almost 40 percent.

By contrast, in the neighboring wing where midwives trained, the rate stayed under the contemporary average of three percent.

In 1847, the penny dropped when a colleague died of septicaemia after carrying out an autopsy: Semmelweis surmised that dead bodies must hold invisible but potentially deadly "particles."

"At the time, medical students went directly from an autopsy to assist with a labour without disinfecting their hands," Kuenburg told Agence France-Presse (AFP).

With soap not being enough to fix the problem, Semmelweis imposed a more rigorous regime of hand-washing for five minutes with a harsh chlorinated lime solution.

But instead of plaudits, Semmelweis suffered the wrath of the grandees of Vienna's medical fraternity and in 1849 his contract was not renewed.

"The self-estimation of the doctors was very high back at this time. Of course they were offended because they didn't like the idea that they were guilty of causing this terrible mortality rate," Kuenburg says.

Moreover, it would still be a quarter of a century before Pasteur was finally able to prove the existence of "microbes."

Other doctors demanded evidence, according to Kuenburg.

"They said: 'No, Mr Semmelweis cannot be right. He cannot show us the pathogens so something is fishy with this theory.'"

And Semmelweis's fiery disposition and lack of tact didn't help – he did not shrink from calling colleagues "killers."

Towards the end of his life his mental health deteriorated and he died in an asylum in 1865, at the age of 47.

At the end of the 19th Century Semmelweis's reputation began to be rehabilitated after the discoveries of Pasteur, Robert Koch and Alexandre Yersin bore out his theories.

In 1924 the French writer Louis-Ferdinand Celine dedicated a medical thesis to him and hailed him as a "genius." Today he is considered the father of modern theories of hospital hygiene and sterilization.

"Twenty years ago the rate of hand disinfection was only around 20 percent. Now it's becoming one of the important topics in medical literature," says Professor Didier Pittet, infection control expert at the World Health Organization (WHO).

"In a way, it's Semmelweis's revenge."