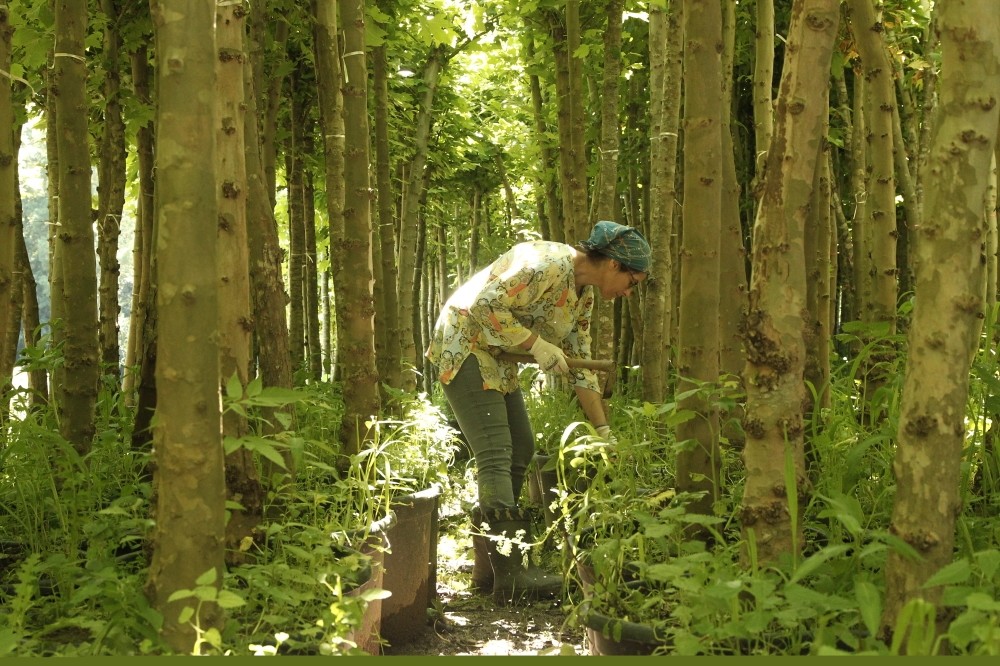 A woman entrepreneur in Kırklareli province started exporting saplings that she began to grow as a hobby in her garden.

Living in the little town of İğneada in the Demirköy district, Nergiz Coşkun, 49, started to grow saplings in her garden nearly 20 years ago.

After she saw interest from her relatives, friends and neighbors, Coşkun decided to start selling her saplings and over time developed it into a business.

Producing nearly 6,000 saplings a year, Coşkun exports a major part of them. She has nearly 10 species of saplings, such as oak, plane tree, tilia and pine. While substantially contributing to the family budget, she also employs 10 people.

Speaking to Anadolu Agency (AA), Coşkun said that she believes she has become good entrepreneur in this business, which she started as a hobby.

She says she loves her job very much and explained that she started with 30 saplings. Drawing plenty of attention, she has significantly expanded her business in 10 years.

"I started to plant saplings in plastic bags in my garden during my spare time 20 years ago as my husband is a civil servant. When our neighbors and relatives started to buy these saplings, I turned toward this business. I grew more saplings and then rented a place to sell them from. I continued to invest the money that I earned. We advanced to mechanization and I bought some land. I started with a pick and now we have agricultural machines," she said.

She explained that her belief and self-confidence have grown exponentially. Coşkun says she believes women can take up any challenge.

She said that her husband and relatives sometimes brought her down and said that she couldn't manage the business.

"I worked determinedly in order to develop my business. At first, even my husband did not trust me but he supported me when he saw I was successful. We improved and expanded abroad. We sent saplings to Iraq last year and Georgia a month ago," she said.

She explained that she worked alone for years and but now she is the boss of her own business.

"When I started to expand, I employed co-workers. I still work together with them. I understood their tiredness and efforts. Therefore, I do not describe myself as a boss, but as an entrepreneur," she added.

Growing a sapling is difficult

"Growing saplings is difficult," Coşkun said, "Growing a sapling is like raising a child."

Highlighting that they need continuous care, she said, "Think of them like children. If you do not take good care of them, their growth becomes stunted. You should always be with them. You need to water them, clean them and show them tenderness. I miss them when I do not see them. It is really nice to see them grow and become trees after I plant the seed in soil. This is a different kind of love."

Coşkun said that she will continue to do her business with resolution and love.