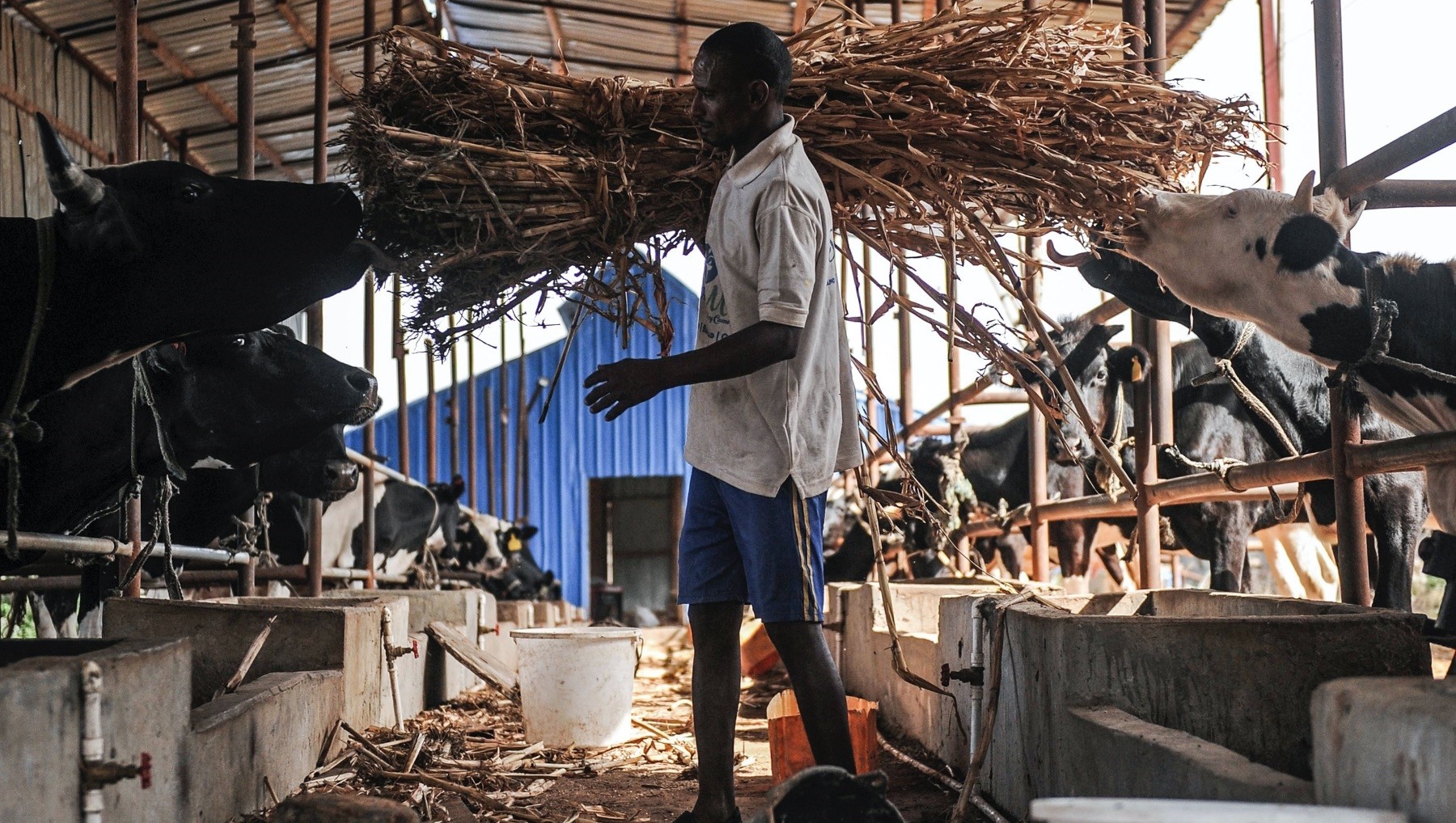 Starting a dairy farm in Somalia's capital Mogadishu was not an obvious choice, but Abdulkadir Mohamed Salad started one in his hometown and now produces local milk

Bombs go off with startling regularity, electricity is patchy and expensive and most Somalis don't even drink fresh cow's milk. However, in spite of all these, Abdulkadir Mohamed Salad, 40, who spent most of his life as a refugee in Britain where he worked for a dairy, is convinced the business can work in his home country, where cattle abound yet tons of powdered milk are imported every year.

"It is very difficult to invest in a hostile environment like Somalia in the first place and secondly, people here know very little about the dairy business," Salad told AFP at his small factory, where a stainless steel machine pumped milk into blue sachets.

As a result of unsanitary handling of milk in the past, many in the country believe that cow's milk is dangerous for their health and prefer to drink camel milk or powdered milk.

Salad left his country shortly after the fall of President Siad Barre's military regime in 1991 which plunged Somalia into civil war and anarchy, destroying state institutions and the economy.

He worked as a taxi driver before getting a job at a dairy farm in Leicester. His wife and three children remained behind in the United Kingdom as he returned to try and start a business in his home country.

Surprised by the amount of cattle in the country, and the fact that aside from a few farmers selling raw, untreated milk, there was no proper factory treating the product, he and two colleagues decided to set up their own, called Irman Dairy, in 2017. 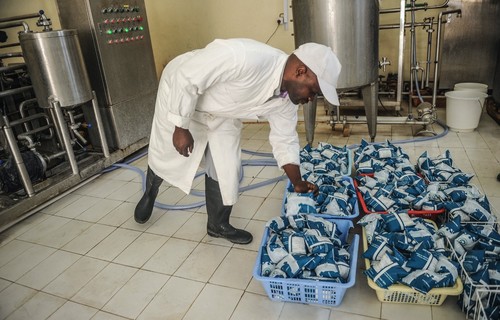 A worker prepares dairy products at the Irman milk factory.

"Livestock is one of the economic resources of Somalia ... but tons of powdered milk are imported every year while our resources are wasted here, and few are benefiting," said Salad.

Located in southern Mogadishu, Irman has to contend with the constant security challenges in the capital, which affects both production and distribution.

The city is hit by regular car and suicide bombings by the al-Qaida-linked al-Shabab terrorist group which has been fighting to overthrow the government for over a decade.

Sometimes their small distribution van, brightly painted with a giant cow on the side, returns without having delivered anything, due to road closures when there is an attack or security concerns.

"There are days when we don't start the factory because of the security situation in town, this affects our business since we have staff and need to pay their salaries and other administration costs," said Salad.

"The production capacity of our factory is 10,000 liters per day, but we can only produce 2,000 liters a day currently because of constraints, including the lack of a market," he said.

The factory's owners have on several occasions considered throwing in the towel, especially because of the high cost of electricity.

However, this problem was solved when the company received a donation of a solar energy system under a U.S.-funded project to encourage entrepreneurship.

"We are very lucky that we got the solar system to run the factory now, otherwise we could have closed it down because energy is big issue here," said Salad.

Irman distributes to various supermarkets in the city, selling each 500-milliliter sachet of milk for $1.

"Some members in my family think fresh cow milk is not good for your health and they instead consume powdered milk," said Abdirahman Ali, who was buying a sachet at a local supermarket.

"But for the past few months I have been using the milk produced by Irman Dairy and I really like it, now my whole family has grown to like it."

Sayid Ali, who owns a supermarket in Mogadishu said he was happy to finally have locally produced milk on his shelves.

"We used to sell milk from various brands imported from outside the country but now we also have Irman Dairy produced locally, the number of people who are interested is also increasing," he said. Despite being one of the most dangerous capitals in the world, new businesses have been popping up all over Mogadishu in recent years with both local traders and members of the diaspora opening supermarkets and small factories.

Most commodities are imported.

"The government needs to encourage local production otherwise there will not be local investors like the Irman Dairy, my family is now using this fresh milk which I know is coming from our local cows," said Omar Ahmed, a Somali politician.