Villagers 'living between life and death' as Pakistan's glaciers melt 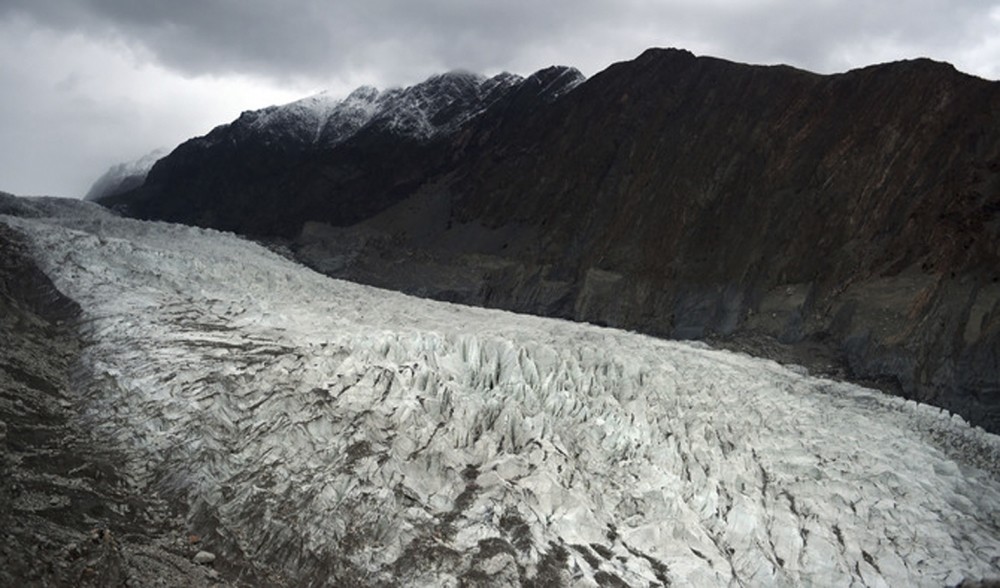 When a glacial lake burst in Pakistan's northern Gilgit-Baltistan province in July, Sher Baz watched helplessly as the waters swept away his family home.

Residents of Badswat village, which lies in Ishkoman valley at the foot of the Hindu Kush mountain range's snow-capped peaks, were at the mercy of the flash flood that carried off homes, roads and bridges, as well as crops and forest.

"Thank God we are alive, but everything we owned was washed away by the floods when the glacial lake burst," said Baz, a 30-year old father of four.

Although there are several glaciers near Badswat village, residents said this was the first glacial outburst in living memory. The authorities said the timely evacuation of villagers meant nobody had died.

Baz said the event had left him feeling stranded.

"Surrounded by mountains and muddy water, it seems we are living between life and death," he told the Thomson Reuters Foundation.

Pakistan has more glaciers than any other country outside the polar region - more than 7,200 in the Karakoram, Himalayan and Hindu Kush ranges, according to the Pakistan Meteorological Department (PMD).

They feed the Indus River system, the country's water lifeline. But data gathered over the last 50 years shows that all but about 120 of the glaciers exhibit signs of melting, due to rising temperatures, meteorological officials said.

As the glaciers retreat, they leave behind lakes supported by ice dams or accumulations of rock and soil. Inherently unstable, these dams often burst, sending huge volumes of water rushing into the villages below them.

"With glaciers melting faster than before, we feel more vulnerable and it seems like we are under constant threat of a natural disaster," said another villager Shakoor Baig.

While he is used to coping with floods, the 45-year-old farmer said he had not seen anything on this scale. Trapped between mountains, receding waters and damaged roads, providing residents with enough food and tents has been difficult, said local relief group the Aga Khan Agency for Habitat, which worked with the Pakistani army to air-drop aid.

"The disasters caused by glacier outbursts in these areas will not stop here. They will continue in the future because there are so many glaciers at risk of bursting," he told the Thomson Reuters Foundation.

Years of deforestation, combined with climate change, have led to a spike in temperatures in the region, which has caused glaciers to melt, Rasul said.

Over the past 80 years, he said, the average temperature in Gilgit-Baltistan has increased by 1.4 degree Celsius (2.5F) compared to a rise of 0.6 degree Celsius (1F) in the lower-lying regions of Sindh, Punjab and Khyber-Pakhtunkhwa.

"Global warming has direct implications on mountainous areas in northern Pakistan because of forest loss. Deforestation happened due to the negligence of authorities since people would cut trees for construction and fuel," Rasul said.

"The essential thing to do is to grow more forests to mitigate the effects of global warming on glaciers in future."

Rasul said the PMD had installed early warning systems in three areas to notify vulnerable communities of any glacial threats, adding that more were needed so to provide sufficient advance warning ahead of the next event.

And, he said, the PMD recommends that communities be better trained in coping with emergency situations.

Meantime all that villager Baz can do, he said, was pray that his family would survive another day.