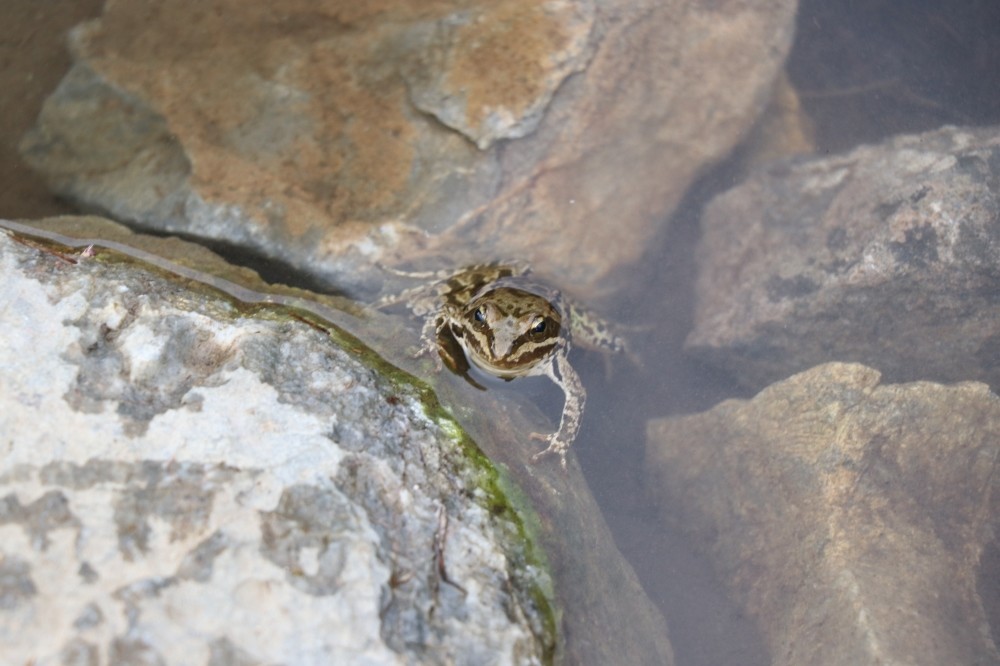 Frogs are common sights in wetlands. Every few meters, you can hear them croaking, hidden in the weeds. As a result, they do not usually grab our attention; however, the "silent frogs" in Niğde, or widely-known as "Taurus frogs," are a whole different story.

Discovered only 120 years ago and now under protection, Taurus frogs live near glacial lakes and small wetlands and are only found in Niğde.

What makes Taurus frogs so special is that they do not not produce sounds like other frog species. Although frogs are known to be noisy little fellows, these frogs endemic to the Bolkar Mountains are as silent as they come.

Speaking to the press and offering information on Taurus frogs, professor Ahmet Karataş of Niğde Ömer Halisdemir University said Taurus frogs are not as silent as the grave but not as loud as other frog species because these native frogs have only one vocal sac, while the others have two.

Karataş said Taurus frogs are an endangered species; however, illegal hunting and uncontrolled touristic activities are making life harder for the little amphibians.

"Illegal fishing with dynamite in the area has hurt the frog population the most. It's important to stop these illegal activities to prevent the frogs' extinction. Moreover, people usually have picnics in this area, which also put the frogs in danger. It's important to clean the environment after a jolly day in the woods," Karataş added.

The Bolkar Mountains are among the top places rich in endemic species in Turkey. Ten percent of all endemic plants in Turkey are found in the foothills of the Bolkar Mountains. Bearing this in mind, Karataş said it is important to understand the significance of this region and to protect the species living on the mountains.