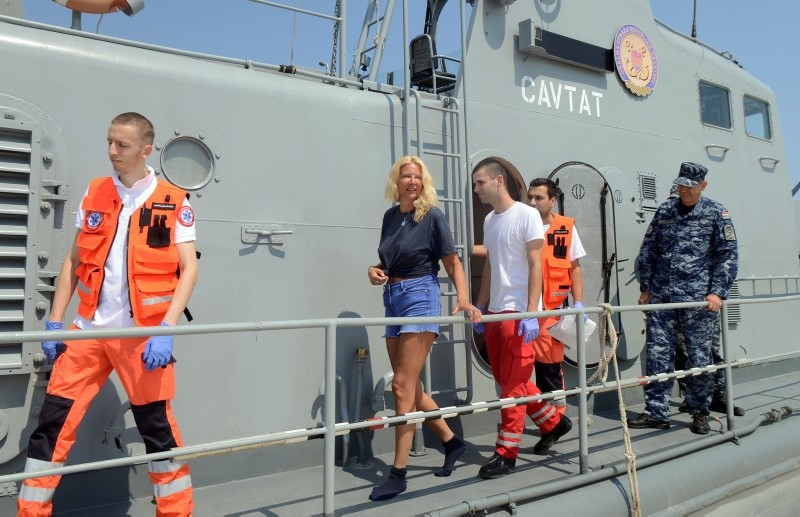 In this photo taken Aug. 19, 2018, a woman who identified herself as Kay from England, center, is escorted by rescuers from a Croatian Coast Guard vessel in the port in Pula, Croatia. (AP Photo)
by Associated Press Aug 20, 2018 12:00 am

The rescuers of a British woman who fell from a cruise ship and spent 10 hours in the Adriatic Sea at night say it's a miracle that she's alive.

The captain of the Croatian rescue ship that found Kay Longstaff, 46, floating some 95 kilometers (60 miles) off Croatia's coast says "luckily for her we saw her immediately because she raised and waved her hands when she saw us."

Lovro Oreskovic tells the Glas Istre portal on Monday that Longstaff told the crew that she practices yoga and that she sang while floating to stay awake.

She says she fell from the back of the Norwegian Star cruise ship shortly before midnight Saturday. Some 10 hours later, she was rescued and taken to a hospital in the town of Pula.

Local media reported that she did not have any injuries but suffered from hypothermia.