Number of centenarians in Japan rises to record 69,785 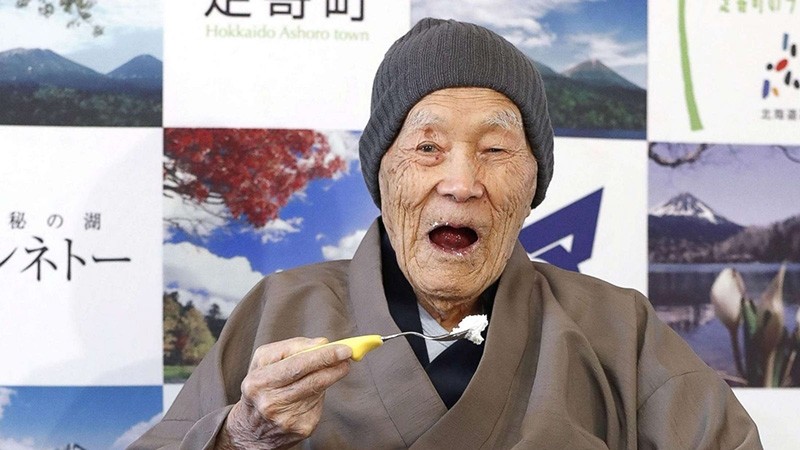 Japanese Masazo Nonaka eats his favorite cake as he receives a Guinness World Records certificate naming him the world's oldest man during a ceremony in Ashoro, on Japan's northern island of Hokkaido, April 10, 2018. (Reuters Photo)
by Sep 14, 2018 12:00 am

The number of centenarians in Japan grew 3 percent from a year earlier, to a record 69,785, nearly 90 percent of whom are women, the government said on Friday.

The figure represented the 48th straight year of increase, the Ministry of Health, Labour and Welfare said in a report released three days before this year's Repect-for-the-Aged day public holiday.

Japan has the world's oldest living person, Kane Tanaka, a 115-year-old woman in the south-western city of Fukuoka, according to the U.S.-based Gerontology Research Group.

Tanaka was born on January 2, 1903, the year the Wright brothers made the world's first powered aircraft flights.

In April, Guinness World Records recognized Masazo Nonaka, a 113-year-old resident on the northern island of Hokkaido, as the world's oldest living man.

Japan is facing an increased demographic burden after decades of rapid ageing of the population and declining birth rates.

People aged 65 or older are estimated to constitute 38.1 percent of the total population in 2060, up from 26.6 percent in 2015, according to the National Institute of Population and Security Research.