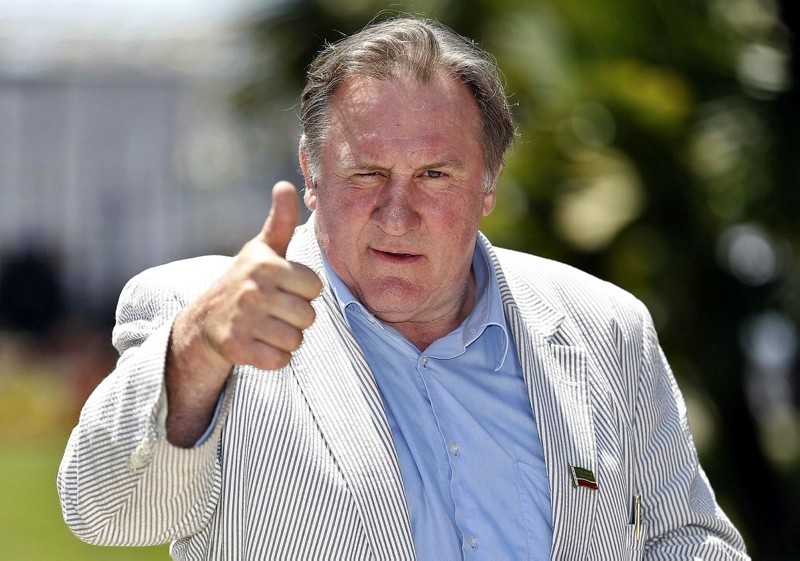 Gerard Depardieu, a French actor who received Russian citizenship in 2013, has stated that he would also like to obtain Turkish citizenship, according to reports Monday.

Depardieu told Levent Uluçer from Aydınlık newspaper in North Korea that he will be visiting Turkey in October in hopes of getting his citizenship and meeting President Recep Tayyip Erdoğan.

"I will be in Turkey in October and meet with Erdoğan," he said.

Depardieu, who previously visited Turkey for the Antalya Film Festival in 2016, is in Pyongyang in North Korea with his friends from the People's Republic of Korea-France Friendship Association to celebrate the 70th anniversary of the Asian country.

It is expected that Depardieu will be having a meeting with North Korean leader Kim Jong Un while in Pyongyang.

The French actor relinquished his French citizenship after obtaining his Russian one due to new wealth tax laws that were introduced.

In addition to receiving his citizenship from Russia in 2013 by Putin, the 69 year-old actor also holds an Algerian passport.

Depardieu has been a part of the motion picture industry for over 40 years, playing all kinds of characters in all genres on the silver screen. Taking part in at least two movies each year since 1971, Depardieu has added his own interpretation to his characters. Successfully portraying all of them, especially historical figures despite his distinctive looks, the actor's unforgettable performances in this genre include Cyrano de Bergerac (Cyrano de Bergerac, 1990), Rodin (Camille Claudel, 1988), Christopher Columbus (1492: Conquest of Paradise, 1992), Porthos (The Man in The Iron Mask, 1998) and Rasputin (Rasputin, 2011).