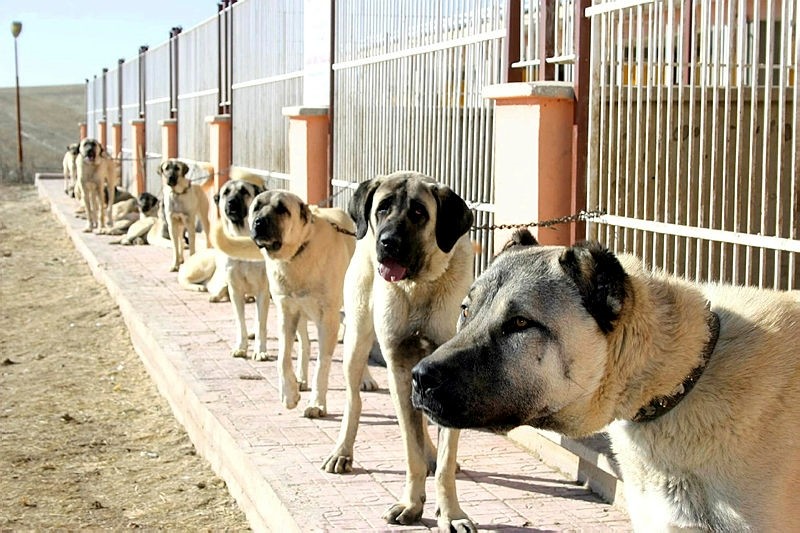 Use of Turkish herd-protecting dogs, the Sivas Kangal, was suggested in Tuscany as a way to tackle the Italian region's burgeoning wolf population.

The wild wolf that was driven to near extinction in the 1970's have now boomed with a population of 2,000 in Italy, raising issues about the increase of wolf attacks in the area.

'Kangal' is an Anatolian sheepdog that gets its name from Kangal district of the central Turkish province of Sivas. This dog is usually used as a watchdog for sheep to protect the herd from predators such as wolves and bears.

Roberto Salvini, regional assembly member of Italy's League Party, brought forth the idea of deploying Kangal's in an attempt to tackle the ongoing issue.

"Wire fencing didn't work against the wolves. Watchdogs we put in place for the protection of the herds even ran away after seeing the predators. We have recommended bringing down Sivas Kangal dogs to tackle the issue, but the idea wasn't taken into consideration," he said

The Kangal is known for its bulky size, courage, agility and intelligence as well as loyalty.

Wild wolves in Italy have been illegally shot dead and mutilated in towns around the country in the midst of the growing population despite Italy declaring the wild wolves a protected species in 1971.

Two Italian councils have legalized the shooting of predators, wolves and bears last year in August. The move was met with backlash from the minister of the environment and many animal rights organizations.

Sergio Costa, minister of the environment, said in August that the legalization of killing predators is a "serious mistake" and a "clear violation of the constitution."

French sheep owners have also recently started to buy Kangal dogs to protect their herds from increasing number of wolf attacks, calling the unique breed a godsend. They said they now prefer Kangal dogs to Patou, the Pyrenean mountain dogs, who were seen as falling short in their protection duties.