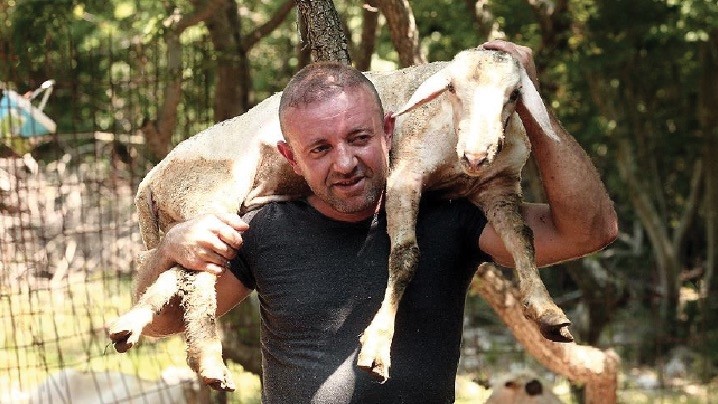 You can find your true calling in the most unexpected of places, just like Kadir Sarı from Kırklareli did. He discovered his talent in a barn.

For the last 10 years, Sarı has been shearing sheep in his village and surrounding villages. He also takes care of the animals, cleaning their hooves.

Despite the hardships of his profession, Sarı who has mastered sheep shearing, discovered that his technique was the best in Turkey when he won the gold medal at the 2nd National Sheep Shearing Championship in Turkey's capital city of Ankara.

The Turkish champion is able to shear a sheep in 1 minute and 25 seconds. However, sheep shearing is not something that everybody can do. To qualify for the championship, there are several conditions to be met, such as shearing the wool of the sheep without harming the wool or the animal.

Being a Turkish champion, however, is not enough for Sarı who is eyeing the world championship now. He has been practicing for next year's world championship in New Zealand. To get ready to beat his opponents Sarı is shearing 150 sheep a day.

"At first I was not as good as I am now. It took me a lot of time just to shear one sheep. But then I started to research sheep shearing on the internet and learned the tricks. I [have] perfected my technique now," Sarı said.

Although Sarı is eyeing the world title, his main goal is to make life easier for sheep. "I love to take care of the animals and relieve them from their heavy wool," he said.