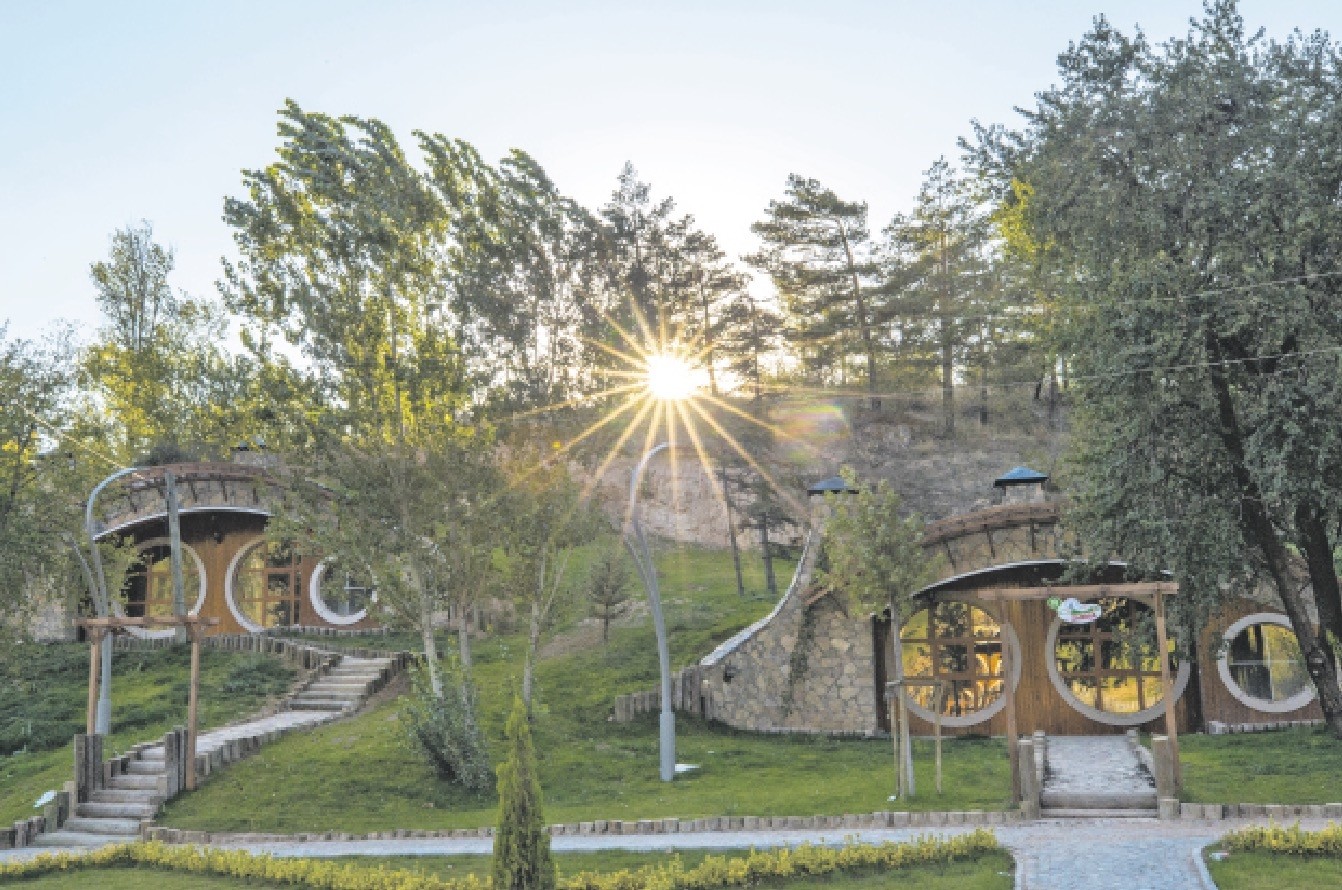 "Hobbit homes" built in Turkey's central Sivas province have attracted the interest of tourists both at home and abroad.

Inspired by the famous fantasy novel and movie "The Lords of the Rings," the municipality in Sivas province has built a series of underground homes. In "The Lord of the Rings," hobbits are fictional and tiny humanoid race in Middle-earth. This human race resides in their underground hobbit homes built in hillsides, downs and banks.

Sami Aydın, the mayor of Sivas, told Anadolu Agency (AA) that the municipality has built 24 such houses so far.

"We are planning to increase this number to 40 or 50 in the future," Aydın said, adding that aside from locals, people from Europe and the Far East are making reservations to stay in these unique homes.

The mayor explained that these houses are cool in the summer and warm in the winter.

"There are many people in Europe who want to make reservations as there are many Turkish people living there. Reservation demands are also coming from Far East countries, including Malaysia," he said.

Aydın stated that these homes were built for people who want to rest and stay in touch with nature and they will be available all year long.

The hobbit homes have their own kitchens, guest rooms, bedrooms and bathrooms to satisfy the needs of its dwellers.