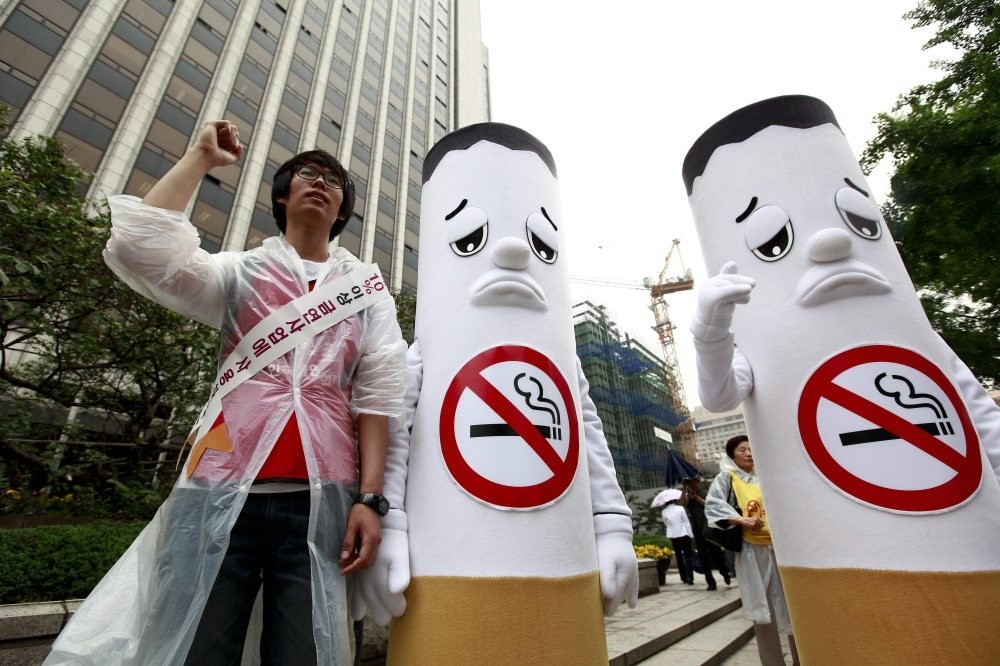 Anti-smoking activists protest tobacco products during a rally in South Korea on the International No Tobacco Day, May 31.
by German Press Agency - DPA
Oct 04, 2018 12:00 am

Tobacco not only damages human health but also threatens the planet's well-being, according to a report that the World Health Organization (WHO) published in Geneva.

"The damage to the environment occurs across the entire life cycle of tobacco products due to deforestation, water pollution from pesticide use and cigarette littering," said Vera Luiza da Costa e Silva, who manages the secretariat of the WHO tobacco control treaty (FCTC).

Tobacco production uses more than 22 billion tons of water each year, according to the study, which the treaty secretariat commissioned from Imperial College London.

Nearly 84 million tons of carbon dioxide ends up in the atmosphere annually as a result of tobacco agriculture, accounting for 0.2 per cent of global CO2 emissions.

Tobacco has a lower yield and requires more input from farmers than many other agricultural crops, the authors said.

They cited the example of Zimbabwe, where 1 hectare of land yields only 1 ton of tobacco, compared to 19 tons of potatoes.

Nearly all of the world's tobacco originates in developing countries. The top 10 producers include low-income countries that that are net importers of food, such as Zimbabwe and Malawi.

The report was made public during a meeting with the 181 countries that have signed the WHO tobacco control treaty, formally known as the Framework Convention on Tobacco Control (FCTC).