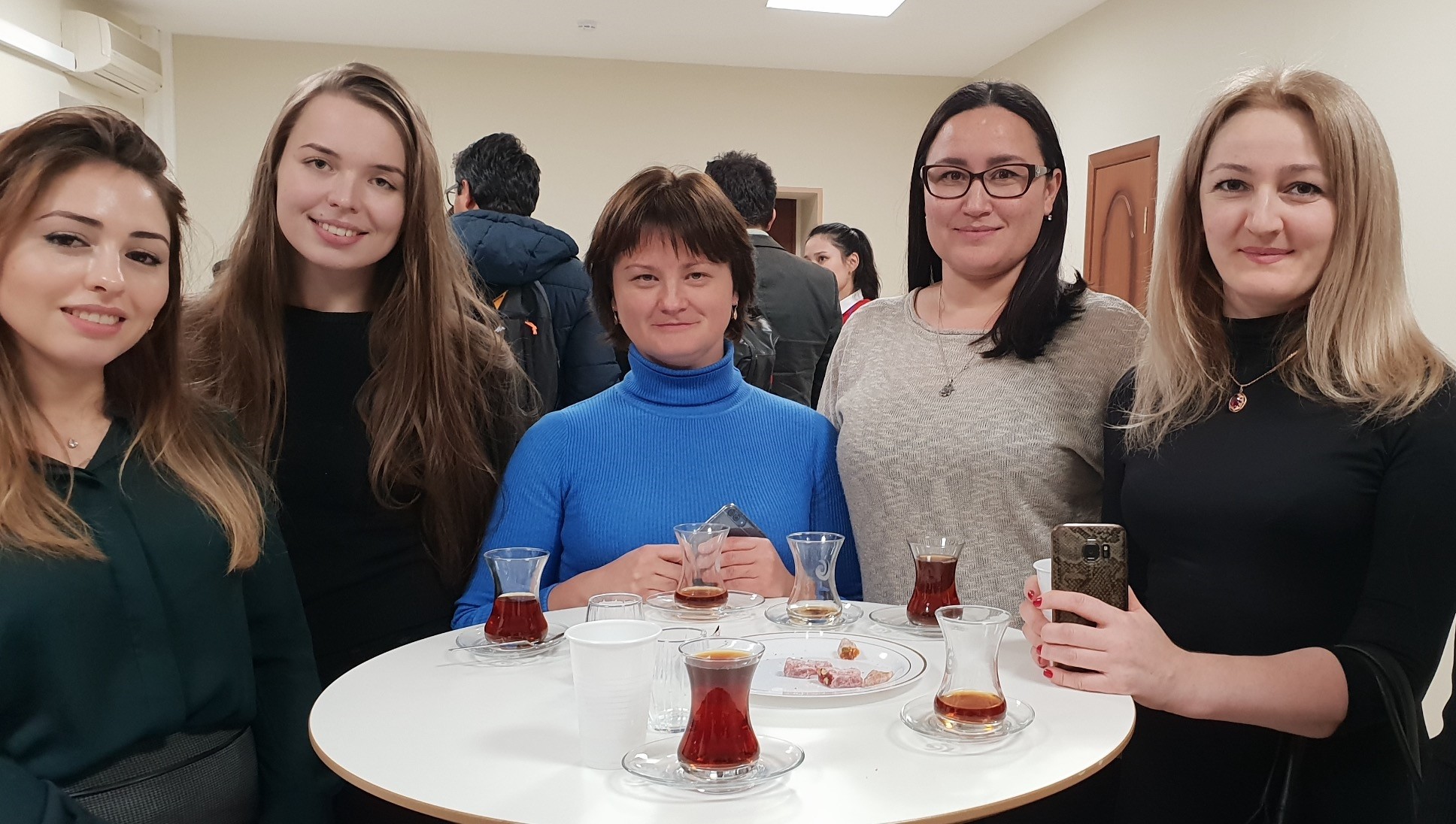 Participants of the Yunus Emre Institute (YEE) in Moscow enjoy learning Turkish language and culture.
by Özgenur Sevinç
Oct 15, 2018 12:00 am

The Yunus Emre Institute (YEE) in Moscow has been bridging Turkish and Russian cultures with the aim of further enhancing friendly relations between the people of the two countries. Even though it is a new institute, the YEE has been drawing interest from many Russian people who are eager to learn more about Turkish language and culture.

Since its opening in March 2018 by former Culture and Tourism Minister Numan Kurtulmuş, the number of YEE's students in Moscow aiming to learn the language for various reasons has been increasing.

The center which has four classes and a library held its first Turkish classes in July and 36 participants completed the program. Currently it is has 52 students in its Turkish language lessons.

"Despite the fact that we are a new institute, the number of our students is not low at all. The number will increase as the institute starts to get more recognized," Ferhat Tamkoç, the education coordinator of the YEE in Moscow said.

"I visited Istanbul previously and I was impressed with the history, culture and the language. Therefore, I wanted to learn it," Katya Ustinova, 24, who is a Russian teacher said and added that she wants to go back to Turkey to discover more.

Gyozel Adzhieva, 28, another student of Turkish at the YEE said she comes to the center two days a week and enjoys learning the language.

In relation to the activities held in the center, Tamkoç underlined that with numerous events in the center, Russian people are provided a glimpse of Turkish culture.

The center organized a trip to Turkey in April and it occasionally holds Turkish film days. Many students of Turkology in Moscow who wants to learn about Turkish culture have been welcomed by the center as well. As a Turkey Festival is organized in Moscow every year, the YEE also participated in the event to introduce their activities.

A participant of Turkish classes in YEE Liliya Sayfullaeva, 32, who works as a manager said she improved her level of Turkish at the center and added that she is planning to visit Turkey in the future as well.The YEE, named for the famous Turkish poet Yunus Emre, who lived from 1238 to 1320, was founded in 2009 in order to promote Turkish culture and language abroad. The institute has been teaching Turkish to thousands of people in different parts of the world. The YEE in Moscow was the 58th such center established.