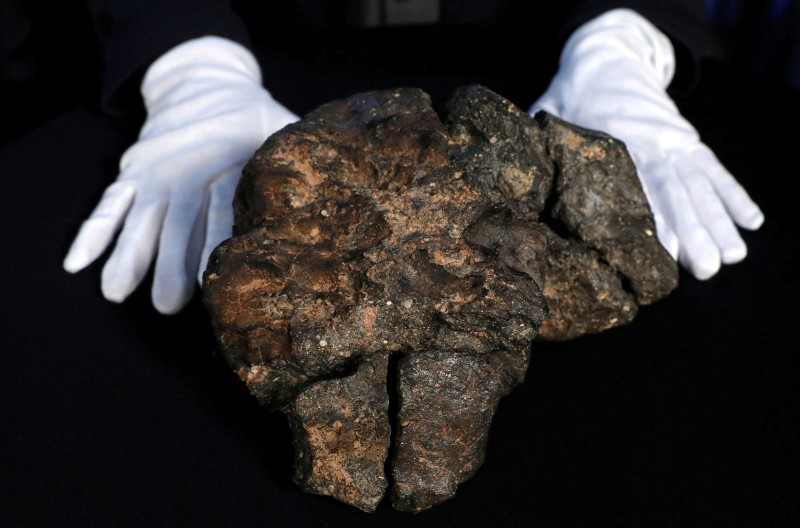 Boston-based RR Auction announced Friday that the $612,500 winning bid for the meteorite, composed of six fragments that fit together like a puzzle, came from a representative working with the Tam Chuc Pagoda complex in Ha Nam Province, Vietnam.

The meteorite was found last year in a remote area of Mauritania in northwest Africa.

It is considered one of the most significant lunar meteorites ever found because of its large size and because it has "partial fusion crust," caused by the tremendous heat that sears the rock as it falls to Earth.

Another thing that makes it different from most meteorites is that it is "unpaired." Sometimes different pieces of the same meteorite are discovered at different times, and those examples are known as "paired." An "unpaired" meteorite is more desirable to collectors and perhaps more valuable to science.

The meteorite would be a nice addition to any natural history museum, but don't be surprised if a private collector snaps it up, said Robert Livingston, RR's executive vice president.

"This is the only way a private collector can get their hands on a piece of the moon because the moon rocks brought back by astronauts are U.S. government property," he said.