Ayaz Ata and Santa Claus to meet in Marmaris 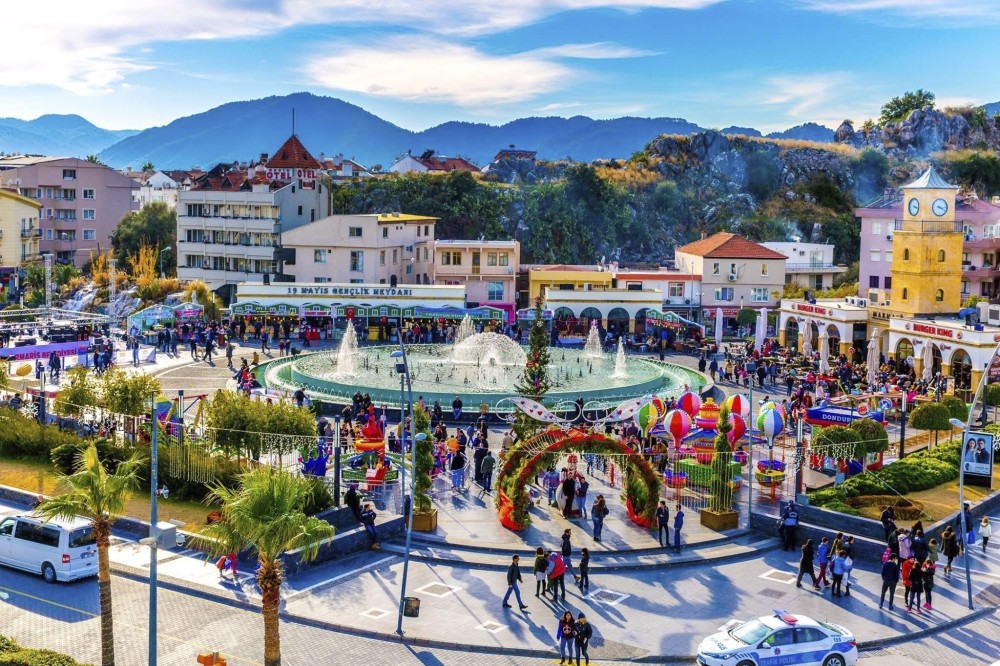 The Marmaris New Year Fest, which will be held in Muğla province's Marmaris district, will bring together Ayaz Ata, which has a significant place in Turkish mythology, and Santa Claus, a symbol of Christmas in the Christian world.

Marmaris Municipality Mayor Sedat Kirt said in his speech that they would hold the "Marmaris New Year Fest" between Dec.1 and Dec. 31 to help sustain tourism in Marmaris and neighboring districts in December.

Stating that preparations have been going on for 2 years now, Kirt stated: "We would like to spread the festival across Marmaris rather than using a certain place to keep tourism mobility alive in December and to create alternative open-air tourism spheres. The theme of the new year bazaar, which has attracted widespread interest in the last two years, will be 'Meeting of Cultures.'"

He stressed that the two cultures will be introduced to foreigners living in the town as well as visitors coming from Turkey and abroad through the figures of Santa Claus and Ayaz Ata, and that cultural integration would be achieved.

Emphasizing that the culture of Ayaz Ata has been kept alive through the new year preparations in many countries, Kazakhstan, Kyrgyzstan and Tatarstan being top on the list, Kirt said: "Ayaz Ata,who holds an important place in Turkish mythology, is a saint who appears on cold days in winter and helps the poor and homeless. It is believed that he helps those who are in need of help in the cold and gives them good fortune." He also stressed that the figure of Santa Claus is famous worldwide and added: "Christmas is a Christian festival that celebrates the birth of Jesus Christ on Dec. 25 of every year. Santa Claus is a legendary saint who is believed to give presents to children on the night of Christmas. We want to bring these two cultures together in our new year festival."

Kirt pointed out that various food events, live music performances from different cultures, souvenirs, dresses, live sculptures, corteges and many other events will provide an entertaining month for participants during the new year festival.

Bülent Bülbüloğlu, the head of the Southern Aegean Associationof Hoteliers, touched on the significance of the new year festival for tourism. Stressing that the new year festival will contribute not only to Marmaris but to Turkey as well, Bülbüloğlu said: "Apart from hoteliers, everybody living in the town should believe in this. The municipality is paving the way for us, and we as people in the tourism business will own this. This festival will make a great contribution to winter tourism."