Cats are alright: From old caravan to new home for cats 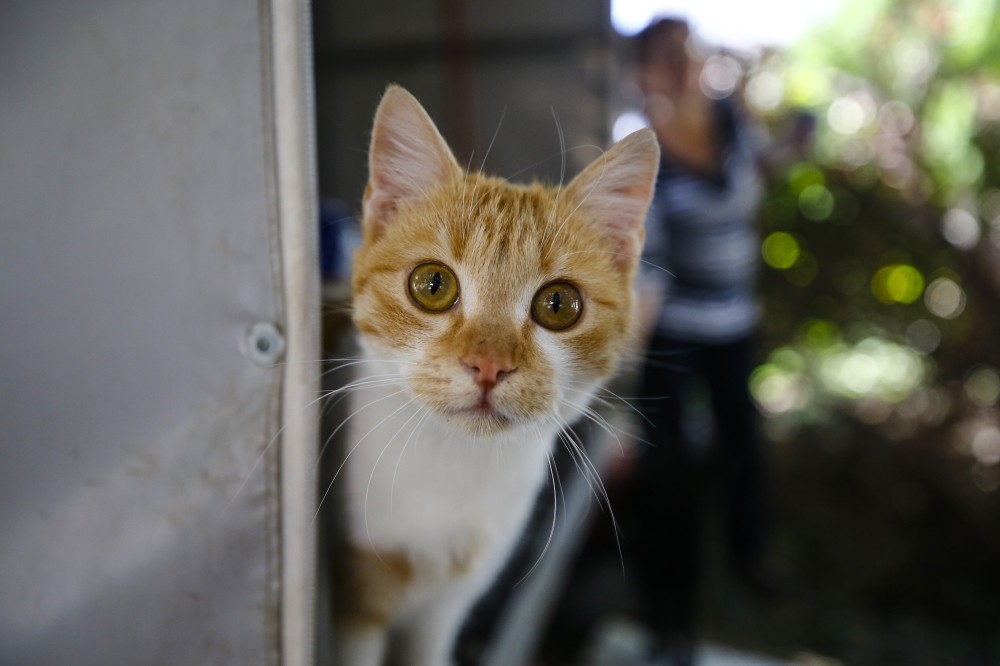 Winters are harsh, even in Turkey's southern regions; however, if you have a roof over your head, the cold winter nights are bearable knowing that after a long day outside, a cozy night at home awaits you. Unfortunately for stray animals, winter can be both miserable and dangerous.

To protect at least some strays from the cold of winter, two retired teachers from Antalya bought a secondhand caravan and designed the interior with cats in mind. Now, nearly 100 cats in Antalya have a place to call home thanks to the selfless act of two animal lovers.

Retirees Serap Gülcüm, 55, and Suzan Güven, 66, met 10 years ago in Konyaaltı, Antalya. The animal loving duo had been dedicating their free time to helping stray animals living in the neighborhood, offering them shelter and food; however, in time, they discovered that due to a lack of permanent shelter most of the strays were still hungry and sick despite the care they provided.

Wanting to help, the retirees collected money, invested in a used caravan for TL 3,500 ($640) and parked it in their garden. 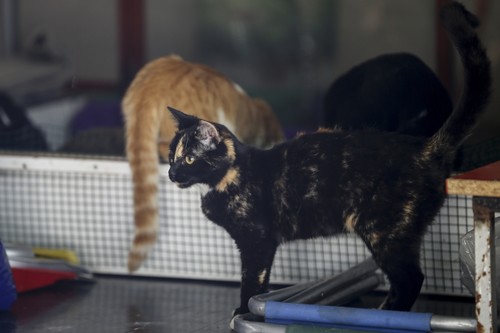 The duo decorated the caravan with balloons and photos of cats along with toys that cats like the most. The caravan is quite a spectacle with its colorful decorations and sign that reads "Cats' House" on its door.

Gülcüm and Güven start their day very early as taking care of almost 100 strays is not an easy task. The duo prepares meals for the strays the night before and spends 1.5 hours distributing it around the city the next day. While distributing the food, the animal lovers also give medicine to the sick and are always on the lookout for those who need veterinary care.

After the heavy work is done, the duo spends most of their time in front of the Cats' House. They know all the names of the 100 cats they are housing and take care of them one by one. The retired teachers even spend almost all of their pensions on the care of the cats. But they know that every stray needs a reliable home, and the duo also finds permanent homes for the cats with people willing to share their house as well as their love.

However, not everybody is as fond of the strays as Gülcüm and Güven. Some of their neighbors are not happy that the duo feeds the animals, and sometimes confront them for doing it.

Gürcüm said they wish they could take care of the animals in their houses but unfortunately it is not possible. She said they wanted to rent a store in the neighborhood to keep the strays warm and safe, but none of the store owners allowed them to rent their places.

"Hence, we thought of a caravan. We bought one and placed it in our garden. In order to keep it from smelling, we clean the caravan every day. We don't want to bother anyone. The cats are very happy. I believe cats are a solid form of love. When they are full, I feel like I have just eaten something. We are trying to give as much as we can to them. We even plan our holidays according to their needs. We take turns caring for them so that they are never alone. They are safe and happy in the caravan," Gürcüm said.

Caring for the strays 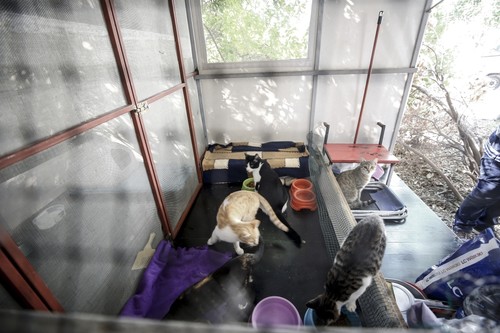 Just like any other retirees, Gürcüm and Güven relax by the sea and enjoy their retirement after working for years to earn it, but they both have decided to dedicate their lives to creatures in need as well.

"My heart aches when I see a stray in trouble," Gürcüm continued. "However, some people do not share our sympathy. Some knock over water pans that we put out for the strays or try to damage the caravan. Some people have even put small pieces of glass in their food; however, despite everything, we are determined to keep helping the strays."

Living by herself, Güven enjoys the company the cats provide. She said the caravan protects them from the cold as well as the rain and mud.

Stating that they found the caravan online and then decorated the interior according to their tastes, Güven continued: "We built a special section for the sick cats. They have their own food and water, and we give them their medicine. There is also a closed area for mother cats. As we take care of the strays, we find happiness. We only ask that others respect our love for the animals."