In Iraq, an ancient board game is making a comeback 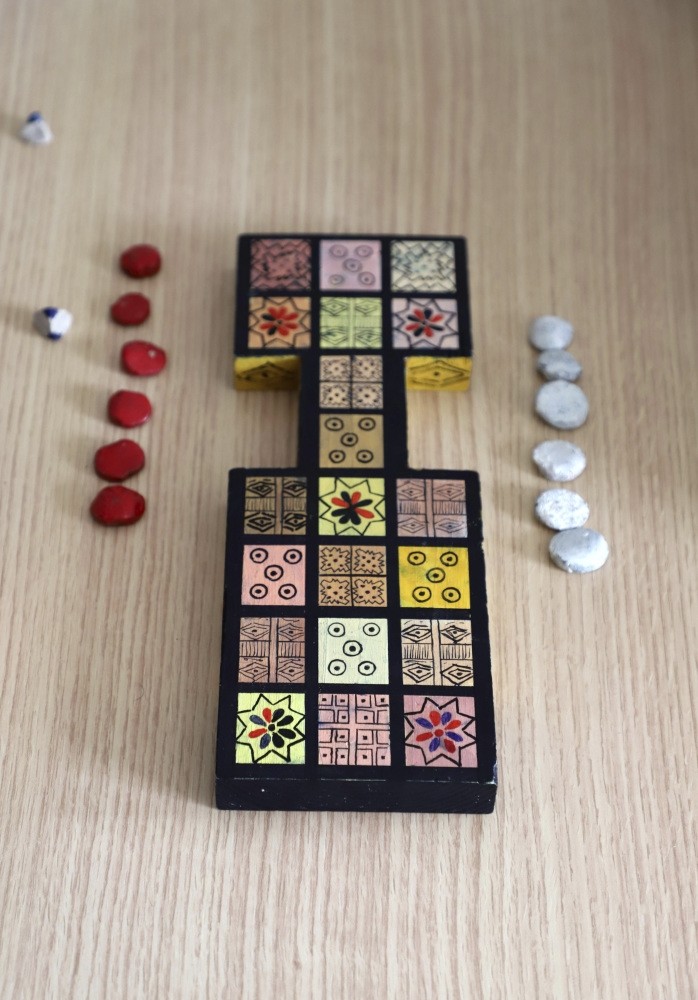 After rolling pyramid-shaped dice, Iraqi Kurdish artisan Hoshmand Muwafaq shifted his pebble around an ornate board, his handmade recreation of one of the Middle East's oldest and most popular games.

Originating nearly 5,000 years ago in what would become Iraq, the Royal Game of Ur mysteriously died out - until Muwafaq resurrected it by making his own decorated wooden board.

"It is a nice feeling when you rebuild and recreate a game which is not played by people anymore, and you try to show your generation and your people what we used to have before," he told AFP. "So you introduce the board again to the people. It's just really something, somehow amazing."

It was only in 1922 that the board game came to light.

A board - a kind of draught board in an elongated "H" shape - together with its pieces and dice, were found during archaeological excavations at the royal cemetery in the ancient Sumerian city of Ur, known now as Tal al-Muqayyar, in southern Iraq.

Taken to the British Museum for closer study, it took more than five decades until experts managed to match up and translate a set of rules carved into a piece of clay with the board game. It became known as the Royal Game of Ur.

Two players have seven circular pieces each, which they must move in a loop across the beautifully carved wooden board. If a player lands his piece on a square already occupied by his rival, he can knock off the original piece and his rival must start again.

Some of the 20 variously inlaid square places on the board offer players a refuge from being knocked off, or allow for a second roll of the unusual, pyramid-shaped dice.

Despite its simple rules, it makes for ferocious competition.

"It's not just a game of luck, there's strategy," said Irving Finkel, the British Museum curator who worked to decipher the game's rules.

Not only had they discovered the game's playing instructions, he said in a video published last year by the museum, but also that it could be played for more than just fun, for betting. Superstitious players in ancient Mesopotamia thought the outcome of each Royal Game was directed by the gods, or had an impact on their future.

Finkel said the board predated backgammon, a similar and extremely popular game now played across the Middle East.

"Before chess and before backgammon came into the world, everybody played this game," Finkel said. But it has largely been forgotten by modern-day Iraqis.

To revive the game's prehistoric popularity, British archaeologist Ashley Barlow asked Muwafaq to recreate a board based on the dimensions and design of the original. The aim is to create the first Ur game board "produced in Iraq for millennia", said Barlow, who lectures at the University of Raparin in the town of Raniye, 400 kilometers (250 miles) north of Baghdad.

Although it was invented locally, the game seems to have reached communities hundreds of kilometers away, even as far as India.

"The board itself, with its Afghan Lapis lazuli and Pakistani carnelian (gemstones), is testament to a globalized world connected by traders, merchants and craftsmen," Barlow told AFP. By reviving the game back in its birthplace, he hopes Iraqis can move past recent decades of violence to build an identity based on a shared ancient past.

"We want to reintroduce and re-educate people in their Mesopotamian history, something they can be really proud of - something that unites people rather than divides people," he said.