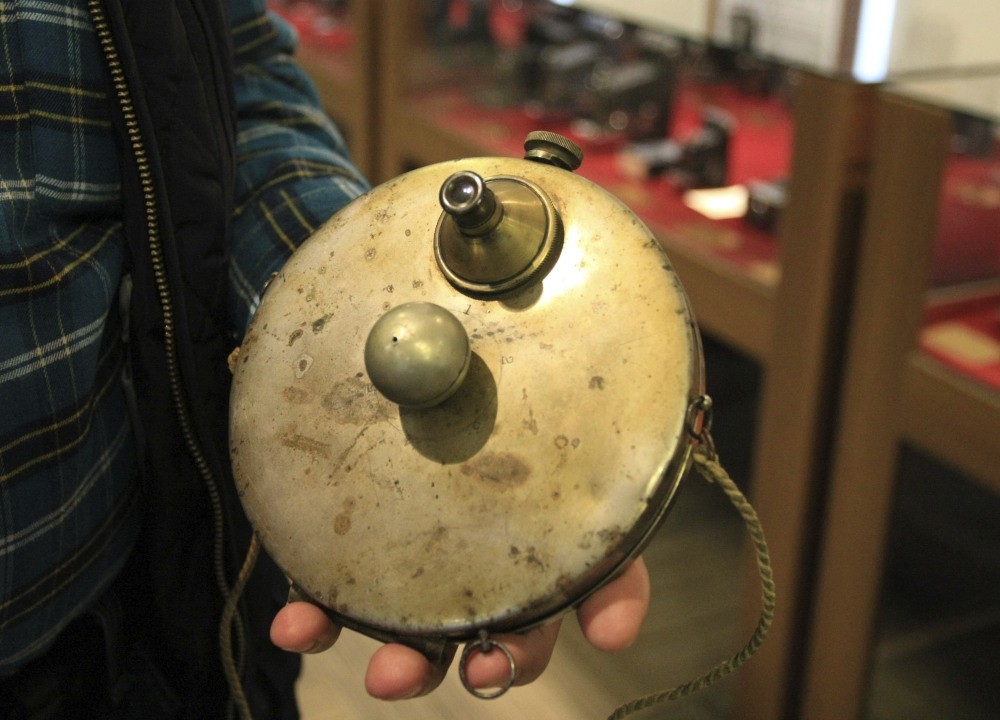 One of the most striking products is a camera in the shape of a flask which can take six poses.
by Anadolu Agency Dec 08, 2018 12:00 am

The Camera Museum in Malatya that opened last year has become a great tourist attraction, thanks mostly to its spy camera section.

The museum showcases a total of 2,023 cameras, from 1,890 bellow and analog ones to modern cameras. Since its opening last year, the museum has hosted more than 100,000 visitors.

The oldest camera at the museum dates back to 1876. The displays are divided into 44 different categories, but the Spy Cameras section, which holds 76 pieces, attracts the most attention.

The most striking display here is a camera that is shaped like a flask and can take six poses, along with a German-American camera dating back to 1886, a wristwatch, a camera hidden in the heel of a shoe and cameras that could be fitted around the neck of a pigeon.

The three gold-plated cameras are very rare. Two of them are part of only 1,000 ever produced while the other is one of only 300.

"We have around 2,023 cameras in our collection. It is the biggest camera museum in Asia and Europe, in terms of number and content," he said, adding that "We have divided the museum into 44 sections in a chronological order."

Spy cameras used in wars at the museum

He said that the visitors do not get confused thanks to the chronological ordering of the displays. They can enjoy the history of cameras from past to present. He added that the Spy Cameras section in the museum attracted the most attention. "Spy cameras used from 1886 to date are exhibited here. We have the cameras that were made for agents, spies and detectives. Some of these cameras were used in before and during World War I and World War II. We have many cameras that were used during the Cold War as well. We have a collection of nearly 76 pieces," Selçuk said.

He added that the most interesting camera at the museum was the one made in the shape of a water bottle. "We have an 1886 model spy camera. It can take six photos and is fully operational. This is a very rare, German and American camera. It is very rare. I bought it from a traveling antique seller. He told me that he had bought it from someone in Kayseri."