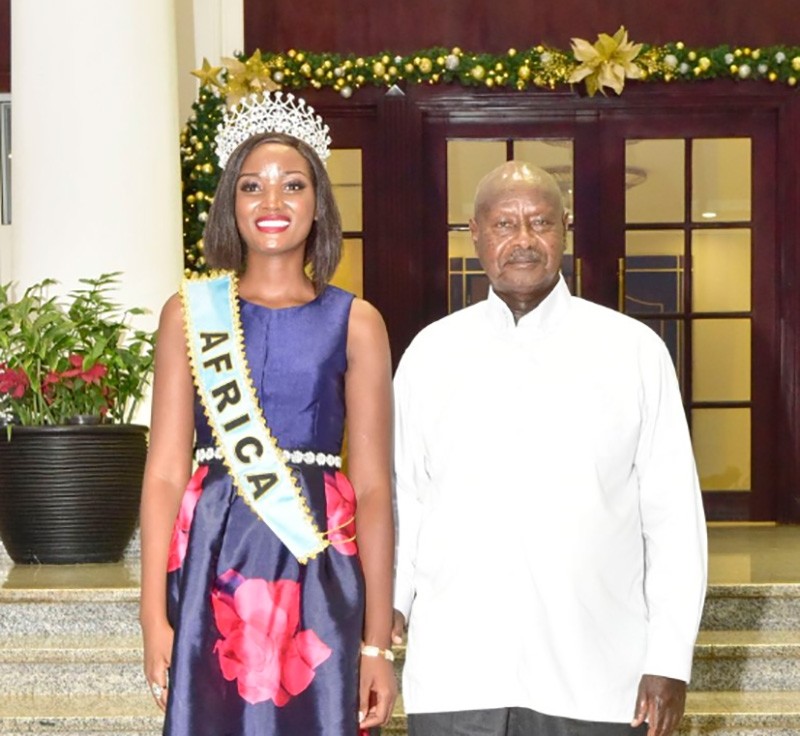 Uganda's president elicited a flurry of remarks on Twitter after he wrote that Miss Africa should have shown "African beauty in its natural form" instead of "wearing Indian hair."

Ugandan President Yoweri Museveni on Wednesday shared a picture alongside Miss World Africa Quiin Abenakyo, who is from Uganda, and expressed "concern" about the model's unnatural hair.

Abenakyo is indeed a tall, beautiful Musoga girl. My only concern is that she was wearing Indian hair. I have encouraged her to keep her natural, African hair. We must show African beauty in its natural form. pic.twitter.com/UbY3AXh6TL

"Abenakyo is indeed a tall, beautiful Musoga girl. My only concern is that she was wearing Indian hair. I have encouraged her to keep her natural, African hair. We must show African beauty in its natural form," he tweeted.

Presidential spokesman Don Wanyama, when asked about the reference to "Indian hair," told the BBC: "Just look at the photo and you will see the type of hair. It's an unnatural wig, he was saying she should wear her natural hair."

India is the world's leading country in hair exports used in wig production.

Some Twitter users criticized the president's remarks, saying that a woman should be free to wear her hair however she feels comfortable.

"The girl - is fine she can wear indian hair if she wants its her head isnt it, doesnt take away her beauty," one user wrote.

Others defended the comments, criticizing Abenakyo for not staying true to her African heritage.

"I support the President on this issue. Natural hair brings out the beauty of an African woman," another user said.

After being crowned Miss Uganda, 22-year-old Abenakyo gained global fame when she recently won the continental crown in the Miss Africa 2018 contest.

She was also the first contestant from Africa to make it to the top 10 finalists in the Miss World competition.