Tape seller resists technological change for quarter of a century 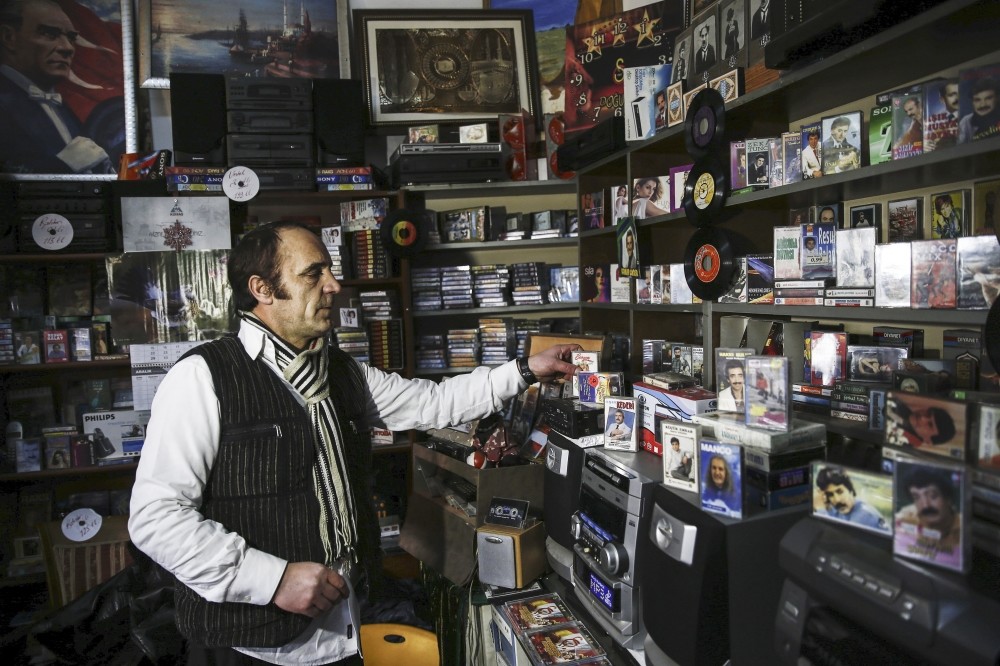 Selling music tapes for 25 years in the capital Ankara, Mehmet Koçoğlu sheds light on music history in his 7-square-meter shop and draws the attention of music lovers from different cities across the country

Mehmet Koçoğlu, 50, who sells cassette tapes in his seven-square-meter shop in Ulus İtfaiye (Fire Station) Square in Ankara province, sheds light on the Turkish music history with thousands of tapes. With the developments in technology, the tapes in the music market gave their place to CDs, flash memory devices, memory cards, mobile phones and the internet.

With a passion for music and collecting, Koçoğlu sells tapes at İtfaiye Square and tries to sustain the cassette tape culture, which has started fade from the music market. Having an emotional bond with tapes, Koçoğlu sees his work as a cultural service with over 150 thousand tapes in his shop. He has regular customers from different cities in the country for 25 years and collects tapes of nearly every music genre. The tape seller draws great interest from music lovers.

In addition to tapes, Koçoğlu's shop also offers products such as record plates, reel cassettes, tapes and radios. Koçoğlu, who attaches importance to the content of tapes rather than their number and genre, told Anadolu Agency (AA) that he still continues his work, which he started by peddling in the '90s, in his current shop. Noting that he went to tape players in Ulus district in the past and admiringly listened to artists including Zeki Müren, Ajda Pekkan, İbrahim Tatlıses and Müzeyyen Senar, he reported, "They would throw us out of the shops saying we were hording there. I had it in my heart and started to collect tapes. When I have many tapes in my house, I decided to do the job that I love and began selling tapes. First, I was peddling, then I opened a shop."

Koçoğlu provided information about his tapes and said that the healthiest materials from the 1960s to the present day are tapes. Stressing that things like CD and flash memory deteriorate quickly, Koçoğlu added that the formats of these products can often fail or become broken, scratched. 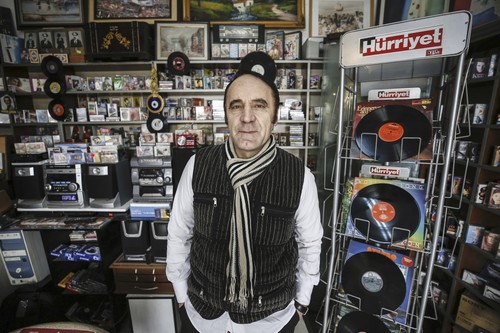 Mehmet Koçoğlu has tapes of different music genres and poems in his shop.

"This not the same for tapes. If they are broken, you can fix them by opening. You can do them again. This is why I give importance to tapes. They are the most-used and most healthy products in history. The keeping feature of tapes is so easy and durable. Besides, the sound of tapes differs from the sound of the digital environment. There is a natural and classic sound in the tape. In other words, tapes are hormone-free. It is not the music prepared in the digital environment but the one prepared with great efforts. It is harder and more lasting. Therefore, I love this job," he continued.

Before starting this work, there were some people telling him what he could do with tapes. They were thinking that tapes are dead and gone. However, Koçoğlu believes that tapes will not die. He actually proved this belief. Explaining that tapes have their own market, Koçoğlu remarked, "I have a regular customer for 25 years. He buys nothing else, just tapes. He is very interested in tapes. The tapes that he bought are all still stay safe and sound. For example, he has 20-year-old tapes."

'I have customers from all corners of Anatolia'

Koçoğlu stated that he has more than 150 thousand tapes now and said, "I do not sell most of these tapes. They are generally for my collection. For example, İbrahim Tatlises released 60 tapes and I have all of them. Zeki Müren had 50 tapes, and again I have all of them. We sell the extra ones. I mean, we sell a tape if we have two of them. However, we always keep the ones that we have only one copy. We have such a beautiful collection. As we have too many tapes, citizens can find every tape they want. There are ones who come from far among our customers. A citizen who wanted some tapes from Çorum province sent me a list in an envelope. He wrote the names of the tapes in this envelope and had a special order. I delivered them to him by cargo. I framed the envelope that he sent to me. I exhibit it in a corner of my shop. I have customers from all corners of Anatolia. Most people left this job in the past but we did not. Thank god, we have customers. We do not earn a lot but we get enough to support a house."

Explaining that the content of tapes is more important than their number, Koçoğlu said that they have many collections of different music genres and poems. "We have a collection that attracts everyone. This is why we can still survive," he added. "We have gramophones, record players, reel players and different radios. We work on everything that plays music. We have all kinds of collections. Besides, we also have a collection of paintings in our storehouse but we do not sell them. The one who does this job for the love of collection but not for money can survive. You cannot do this job if you say that you will make money."

Asserting that he witnessed many deep stories in 25 years, Koçoğlu finished his words, "I witnessed people's emotional moments, their joys, the meaning that they search in tapes and their memories about tapes a lot. A citizen came here and asked for a tape. He said he had been looking for it for 15 years. When I said that I have it, he fainted and fell here. He never thought that he would find it. We gifted the tape to him. He was so happy. We have many memories like this one. The emotions told in the tapes have a different meaning for everyone."