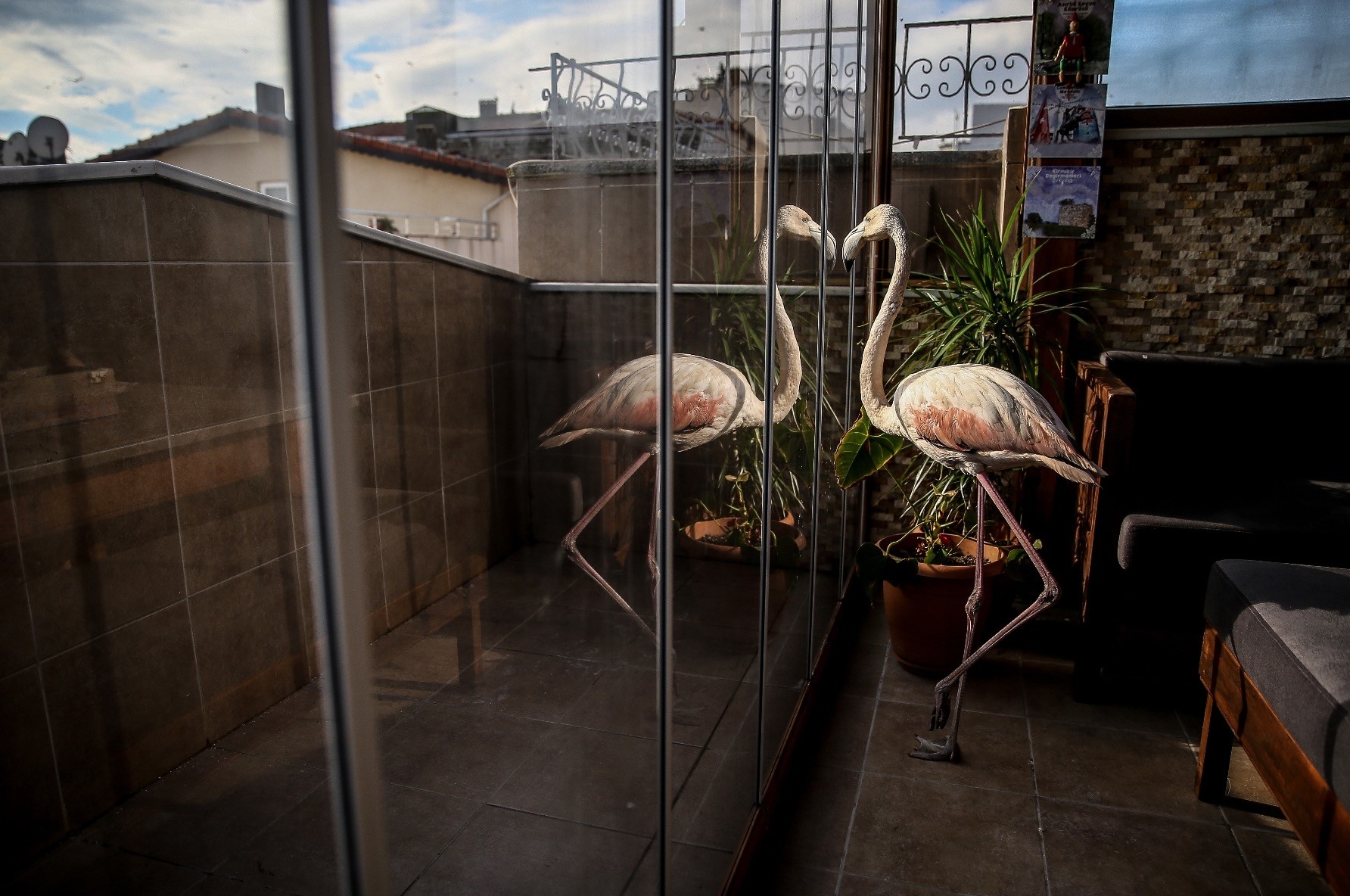 Alper Tüydeş, who works as a nature photographer in the Karacabey district of Bursa, looks after a flamingo that he found injured and an owl that fell from its nest into his flat.

Tüydeş, who is on the staff of Karacabey Municipality and also works as a nature photographer, adopted the baby long-eared owl, which he had found fallen in the forested area known as Çamlık, in the district on Jan. 8.

While caring for the owl at his home so that it can grow, he came across an injured flamingo at the Yeniköy beach, located on the Karacabey Strait, where he went to take photos of birds on Jan. 12.

Catching the wounded flamingo, which was brought ashore by the waves in the strait, after a long effort, he had the bird treated with the help of a vet.

He took care of the flamingo, which had an injured wing, for some time, so that it could recover by itself. Now, it shares the same space with the owl in Tüydeş's house.

Speaking to Anadolu Agency (AA), Tüydeş said that he found the flamingo with its injured wing on the waterfront.

Noting that the bird was scared of him and had barely escaped drowning, Tüydeş said, "It was drenched in blood and exhausted. I waited for some time; it came ashore 10 minutes later. I saved the flamingo with my efforts, which lasted for hours, getting close to it by the sea."

He mentioned that the owl was found by teams from the municipality. "We managed to put it back into its nest. However, the nest was abandoned. We saw that it fell again when we went back after some time, so I adopted it and brought it home. It lives together with the flamingo as friends. When they grow up, I will unleash them to the wild. I am in dialogue with the General Directorate of Nature Conservation and National Parks about this issue."

Stressing that he will deliver the flamingo soon, Tüydeş continued, "It is not a situation we are used to, that these two creatures live in the same environment. I think they feel that they need each other's help. They are understanding and sympathetic to each other. They brought joy to our home. The flamingo will not be able to fly anymore. Its wing is broken. Probably, it will continue to live in special wildlife parks."