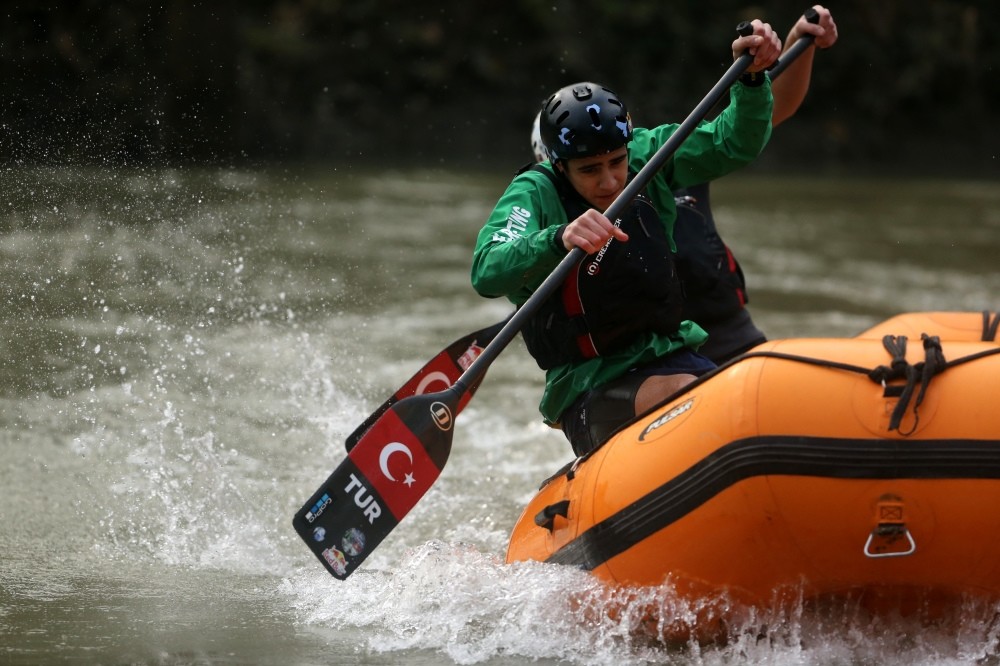 The countdown has begun for the World Rafting Championship, which is scheduled take place between June 8 and June 13 in Tunceli. To get ready for the first world rafting championship ever to be held in Turkey, Turkish athletes have already started to train.

The Düzce Rafting Team, which is composed of eight athletes, continues its training for the championship on Melen Stream. Most of the members were actually working as rafting coaches on Melen Stream, which is one of the most popular rafting spots in Turkey, before they got together a team with the support of the provincial representative of rafting, Birol Tepe.

The team has already made a name for themselves in national and international competitions and aim to win the world title at the championship.

"We have managed to encourage young people to start rafting at a very early age. Our initial plan was to compete at the international competitions after two years of practice but in our first year, the Turkish National Rafting Team, which included the athletes from the Düzce Rafting Team managed to win the world title at the previous World Rafting Championship in Italy," said Birol Tepe.

Tepe is currently coaching the Düzce Rafting Team. Composed of young athletes, the team works day and night to defend the world title.

"We are qualified for the World Rafting Championship in Tunceli. We are proud to represent city of Düzce in the international arena. Our success will encourage more people to start up this sport," Tepe concluded.

Though landlocked, Tunceli in eastern Anatolia has become one of Turkey's top water sports destination. Home to the river Munzur, Tunceli has previously hosted numerous water sports events, including water skiing and windsurfing. The city is now preparing to host a number of rafting events.

The city already hosted the Turkey Rafting Championship in May. It created a lot of buzz due to its facilities. Thanks to its previous success, Tunceli was declared as the host of the 2019 World Rafting Championship, scheduled for next June. The event managers chose the 36-kilometer Munzur River as the site during the entire championship.