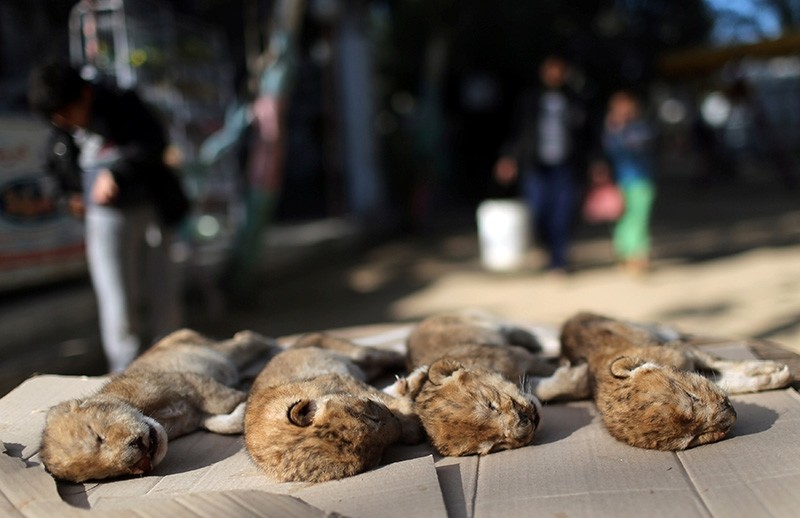 Four baby lion cubs died from the cold in a Gaza zoo after wind ripped protective plastic sheeting from their cage during a winter storm, the zoo's owner said Friday.

Two cubs were found dead on Thursday, just a day after they were born, said Fathy Joma. The two others were barely breathing and efforts to revive them with an electric heater failed.

The other animals in the private zoo in the southern Gaza Strip survived the storm, including the lioness, her mate and their three 14-month-old cubs, he said. 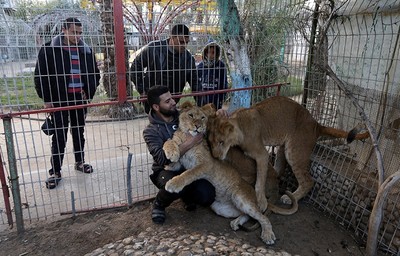 The economic crisis in the blockaded strip has strained finances at the zoo. In December 2017, the zoo was considering selling the three then-newborn cubs, one of which was one named after Turkey's President Recep Tayyip Erdoğan.

Some of the animals in Gaza zoos have been transferred to other locations, including South Africa and Jordan, or have died due to poor conditions brought on by three wars with Israel since 2008 and a decadelong Israeli blockade.