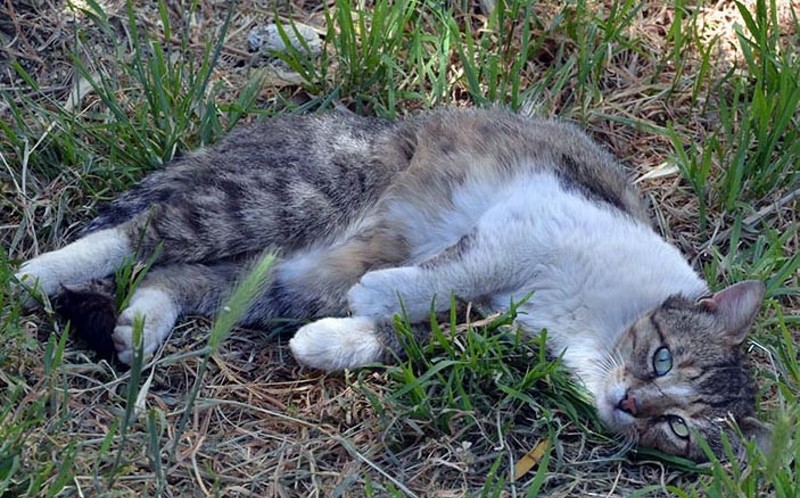 A stray cat which became famous after a video went viral showing it stretching its paws before a butcher presenting pieces of meat died due to dehydration and hypothermia, reports said Saturday.

Yeşim the cat, whose video was watched by millions of people throughout the world, went missing for a few days before her death, butcher Ikram Korkmazer said, adding that he immediately brought the exhausted animal to an animal clinic when it arrived at his shop. 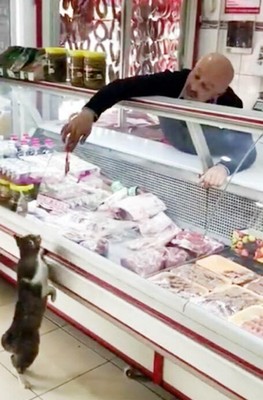 The animal stayed in intensive care for three days and lost its life despite all efforts.

Butcher Korkmazer said that he has been taking care of Yeşim for the past five years and had a "special bond" with the cat.

"It was like as if it used to talk to me and would respond back when I told it something. For me, it was no different than a human," Korkmazer said.

The sad butcher noted that the vet told him Yeşim had contracted an infection and they were unable to save her despite all the efforts.

Yeşim's video went viral after a customer took a video of the butcher and his adopted cat inside their shop in the province of Manisa. The video recorded by one of Korkmazer's customers quickly went viral all around the world after Korkmaz himself and a local animal charity shared it on social media. The video racked up 3 billion views.