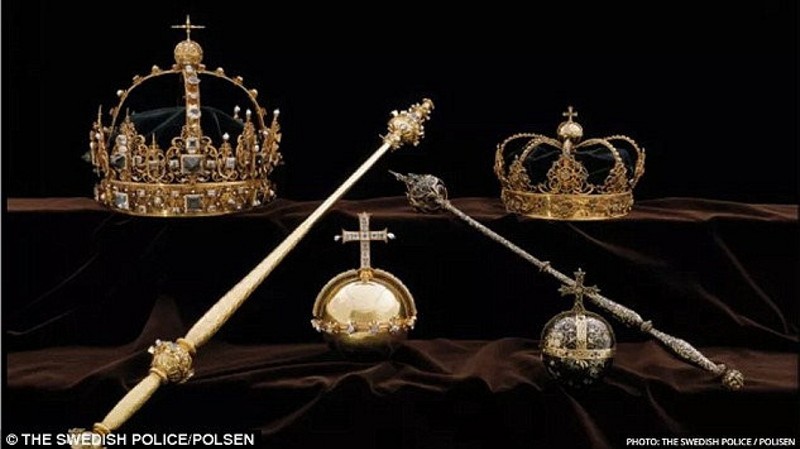 Swedish royal treasure from 1611 that is said to be worth 65 million kronor ($7.2 million) and was stolen last year from a cathedral, might have been found, police said Tuesday.

Police said in a statement that "all seem to indicate King Karl IX's stolen funeral regalia have been found in the Stockholm area."

More details will come "when we know for sure if it is the stolen regalia."

A 22-year-old Swedish man is standing trial on accusations of stealing two crowns and an orb from the Strangnas Cathedral, west of Stockholm on July 31, from an alarmed display after the glass was smashed.

The defendant, a 22-year-old Swedish national, who was arrested Sept. 12, has not been publicly identified.

A second man has been detained but not charged.

The stolen artifacts are so-called funeral regalia, which are placed inside or on top of a coffin to symbolize a deceased royal's identity and social ranking.

While some funeral regalia is kept in the cathedrals of Strangnas, Uppsala and Vasteras, Sweden's crown jewels are in vaults under the Royal Castle in Stockholm.