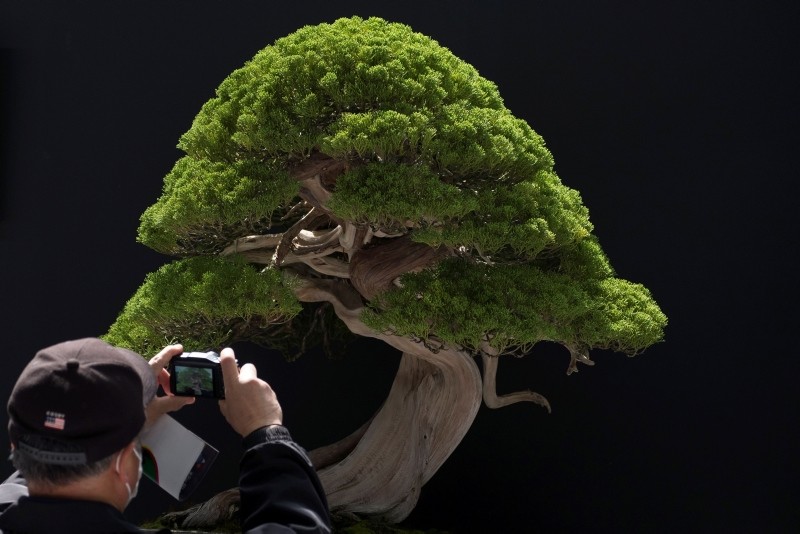 A Japanese cultivator of bonsai trees appealed on Tuesday for the thieves who made off with his expensive potted plants to take good care of them.

Seiji Iimura, a fifth-generation bonsai cultivator who runs a garden in Kawaguchi, north of Tokyo, told AFP the seven tiny trees stolen from his garden were his "family treasure".

"Of course I hate the thief who stole them, but I want to tell him or her: please pour water on them and please take care of them," Iimura said. "I would feel sad if they die."

Iimura reported to police last month that seven bonsai trees, worth more than seven million yen in total -- including a 400-year-old gnarled juniper -- had been stolen from his garden.

His wife Fuyumi wrote in a recent Facebook entry that the couple had raised the bonsai trees "like our children."

"I am filled with sadness and heartache," she wrote.

Iimura keeps some 3,000 miniature trees on display at the 5,000 square-meter (6,000 square-yard) garden so that visitors can appreciate bonsai art.

Since the theft, he has installed security cameras.

"You know, bonsai is nature in miniature. Looking at a bonsai tree is like walking into a deep mountain while staying at home," Iimura said.

Bonsai is an Asian art form of sculpting small trees.

Bonsai trees often appear as if shaped by wind or the weight of snow. Sculpting them requires a delicate technique of chiseling branches to twist and pull them into shape, all the while battling to keep the tree alive.

In 2018, Japan exported about 12 billion yen worth of trees, bonsai and potted flowers, up from 4.5 billion yen about a decade ago, according to data published by the agriculture ministry.