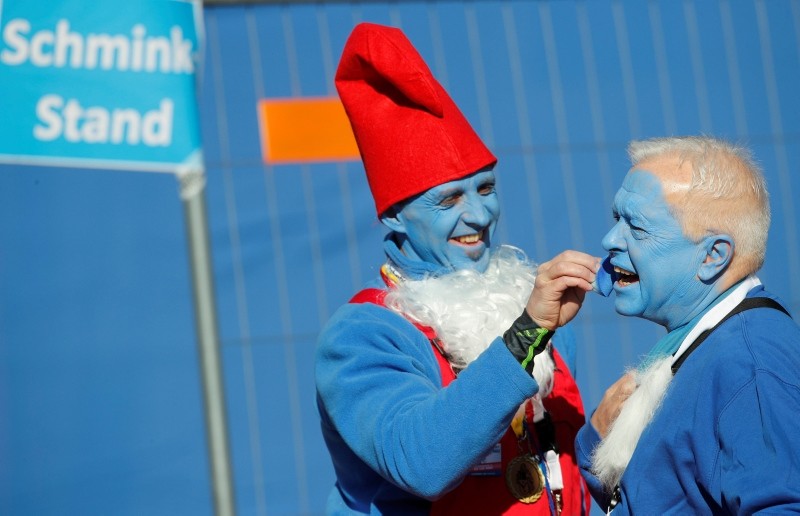 A participant dressed as a smurf paints a man's face blue before an attempt to hold the world's largest meeting of smurfs (Reuters Photo)
by Feb 16, 2019 12:00 am

Exactly 2,762 people wearing blue makeup and white caps met in southern Germany on Saturday with one goal: to beat the world record for the largest meeting of Smurfs.

According to organizers, their meeting has broken the record, which thus far has stood at 2,510 participants and was set in 2009 by students in Wales. The Record Institute for Germany provisionally confirmed that this previous number has been surpassed.

The event was organized by a group in Lauchringen, a community near the Swiss-German border. Members had tried once before, in February 2016, to break the record. However, only 2,149 Smurfs showed up.

One difference this time is that there were more families with children, a spokesman said, raising the number of participants.

There are strict rules regarding the record attempt: Only people who were originally dressed as Smurfs and who came to the group photograph can be counted. Additionally, all body parts must be painted blue or covered with an appropriate costume.

And of course: The cap is a must.