Not seen since 1981, world's largest bee rediscovered in Indonesia 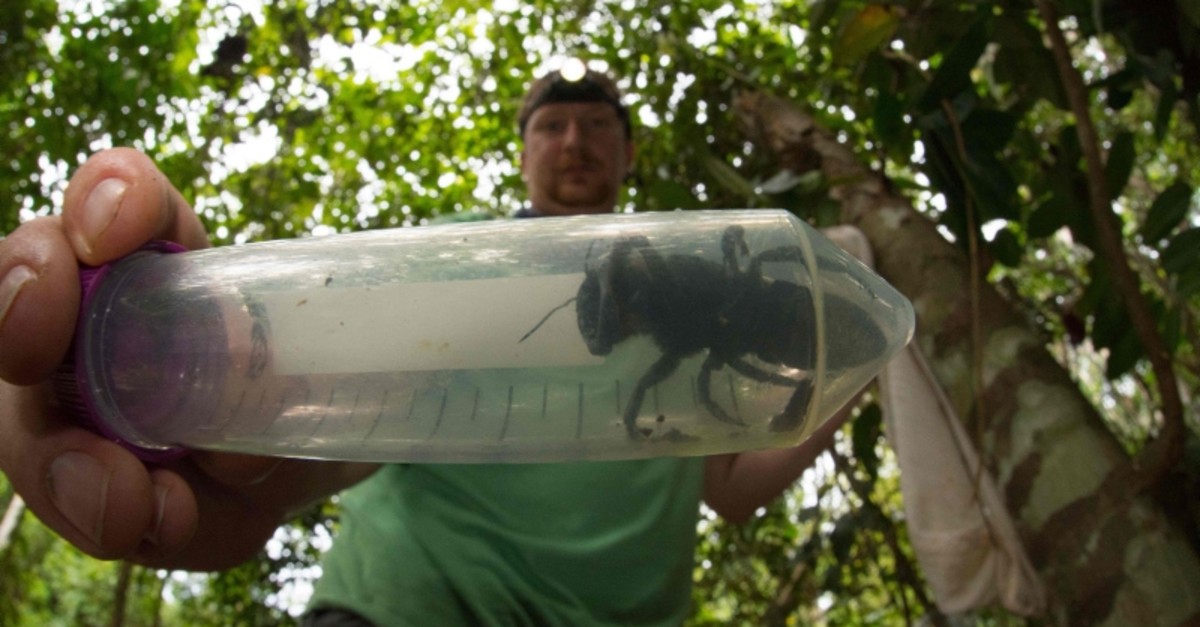 The world's largest bee, which had not been seen since 1981, has been rediscovered in Indonesia, scientists said on Thursday as they released images of the insect.

On Thursday they released photographs and video of a nest and its queen, saying their find was the "holy grail" of species discoveries.

"Amid such a well-documented global decline in insect diversity it's wonderful to discover that this iconic species is still hanging on," said Simon Robson, a member of the team and professor at the University of Sydney.

The discovery reignites hope that more of the region's forests may be home to this very rare species, said the team, which includes researchers from the University of Sydney, Saint Mary's University in Canada and Princeton University in the U.S. 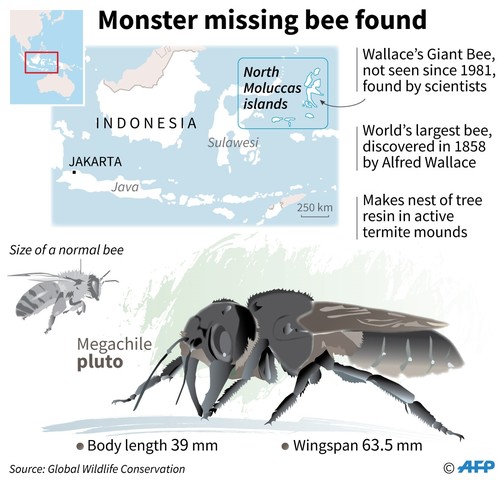 Female specimens of the bee can reach a length of 3.8 centimetres and have a wingspan of more than 6 centimetres. Males grow to about 2.3 centimetres.

"It was absolutely breathtaking to see this 'flying bulldog' of an insect that we weren't sure existed anymore," said Clay Bolt, a natural history photographer, who took the first photos and video of the giant bees alive.

"To see how beautiful and big the species is in real life, to hear the sound of its giant wings thrumming as it flew past my head, was just incredible," Bolt said. "My dream is to now use this rediscovery to elevate this bee to a symbol of conservation in this part of Indonesia."

The insect is named after British naturalist Alfred Russel Wallace, who formulated the theory of evolution by natural selection before Charles Darwin's published contributions.

Wallace collected the species for the first time in 1858 while exploring the Indonesian island of Bacan.

The bee was thought to be extinct until it was rediscovered in 1981 by Adam Messer, an American entomologist, who found six nests on the island of Bacan and two other nearby islands. It had not been seen again since.

Eli Wyman, a researcher from Princeton University, said the 1981 Messer's find had given some insight, "but we still know next to nothing about this extraordinary insect."

"I hope this rediscovery will spark research that will give us a deeper understanding of this unique bee and inform any future efforts to protect it from extinction," Wyman said.

Global Wildlife Conservation, a Texas-based non-profit organization that runs a Search for Lost Species programme, put Wallace's giant bee on its list of the "top 25 most wanted lost species."

Researchers said forest destruction in Indonesia for agriculture, threatens the habitat for this species and many others.

Between 2001 and 2017, Indonesia lost 15 per cent of its tree cover, according to Global Forest Watch.