Python travels 15,000 km in unsuspecting woman's shoe on flight from Australia to Scotland 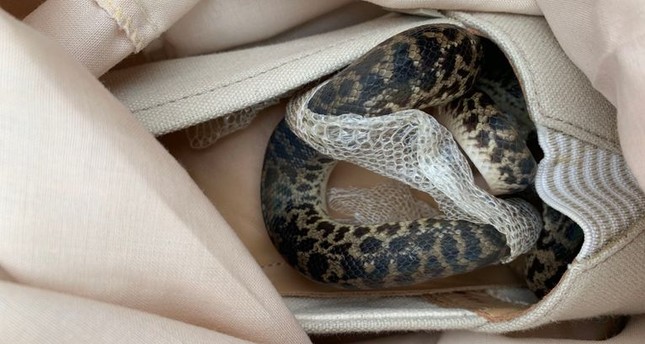 A snake has made its way across three continents and 15,000 kilometers, travelling from Australia to Scotland in a tourist's suitcase, according to local media reports Monday.

The non-venomous spotted python was found in the shoe of Moira Boxall on Friday after her return from a summertime holiday in Australia, broadcaster ABC reported.

Paul Airlie, Boxall's son-in-law, who lives with his family in Mackay, a city in Queensland, told the Australian broadcaster the find was a surprise.

"She was not at all expecting to find the snake when she was unpacking a bag when she got back to Scotland," he said.

The snake had hidden in Boxall's shoe, which had been packed inside the suitcase.

"Somehow or other it got from Mackay to Glasgow without being detected," Airlie told ABC.

"Snakes are as foreign to a Scot as snow is to a Queenslander," he added.

In the photos, shared with local media, the snake had shed its skin during the journey inside the shoe.

"I don't know exactly when it shed its skin but it had to happen on the flight which is strange," Airlie said.

The snake is in quarantine in Scotland.