Jewelry collection to draw inspiration from ancient figures of Zeugma, Göbeklitepe in Turkey 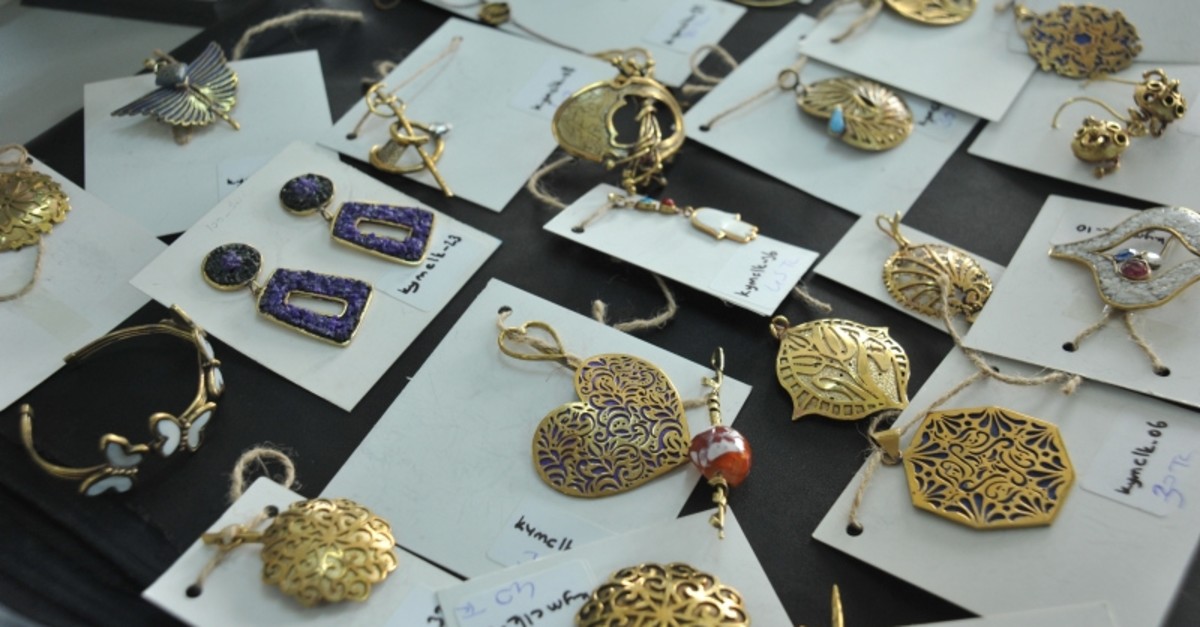 An institute in southeastern Turkey's Gaziantep province is designing jewelry inspired by the mosaics of the ancient city of Zeugma and the figures on stones found in Göbeklitepe, dubbed ground zero of human history.

The jewelry collection so far includes necklaces, earrings, rings, and brooches while various materials used in home decorations will also be added to the collection.

Hatice Kutsal, the head of the institution, told Anadolu Agency (AA) that they aim keep traditional handicrafts and culture alive by carrying them into the present before they disappear for good. 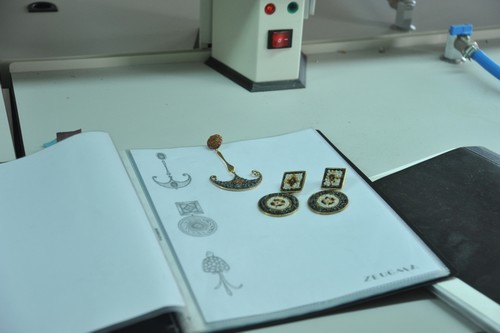 "We are trying to incorporate Zeugma and Göbeklitepe figures, some of the most important values of Mesopotamia, into our lives, our homes, our jewelry, and our designs," she said.

Kutsal noted that the works for household objects such as tables, magnets or even clothes related to Göbeklitepe are still continuing.

Seçkin Bülbül, a master instructor at the institute, told AA that they have been working on using materials that are unique to Gaziantep in their workshops.

The ancient city of Zeugma was founded in present-day Gaziantep by one of Alexander the Great's generals in 300 B.C. and was conquered by the Roman Empire in 64 A.D. It is known for its wealth of ancient Greek mosaics, frescoes, and artifacts.

The Göbeklitepe excavation site is located near Örencik,18 kilometers away from the city center of Haliliye district of Şanlıurfa province. It was located during surveys by Istanbul and Chicago universities for the first time in 1963.

In the works carried out jointly by the Berlin German Archaeological Institute and Şanlıurfa Museum since 1995, "T" shaped obelisks with wild animal figures of three to six meters in length and 40 to 60 tons in weight belonging to the Neolithic period were discovered.

In addition, the remains of the oldest temple of the world with a circular and rectangular shape with a diameter of eight to 30 meters and various historical objects like a human sculpture with a length of 65 centimeters were recently unearthed. Göbeklitepe was included in UNESCO's Temporary World Heritage List six years ago and added to the UNESCO World Heritage List at the 42nd World Heritage Committee meeting held on July 1, 2018.