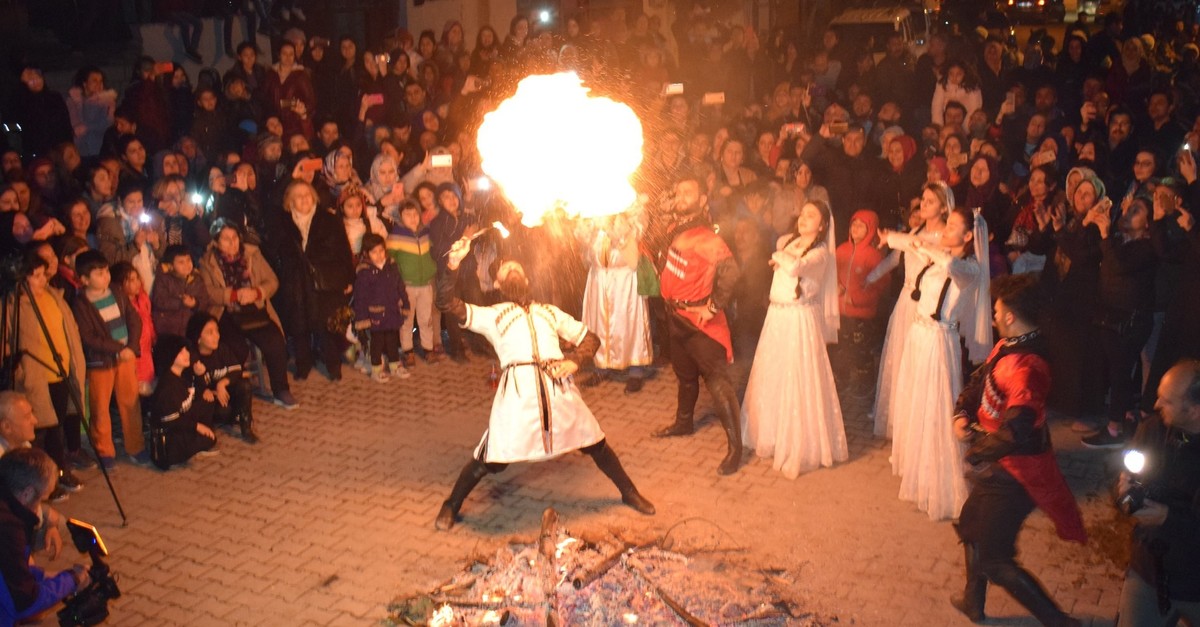 Nevruz has been celebrated with colorful rituals for thousands of years in the Turkish world as a festival marking the arrival of spring on March 21.

Symbolizing the awakening of nature with spring after long and harsh winter months, Nevruz is sustained through its content, which provides communal unity, solidarity and cooperation in various regions from the Middle East to Anatolia.

As it was mentioned by Chinese sources that the Huns organized festivals in the spring months in the third century, the history of Nevruz is dated back to those years. It was also accepted as the overflowing of Turks out of Ergenekon.

The word Nevruz means "new day." It is believed that a new year starts on this special day with the revival of nature and how this festival is spent - with abundance, plenty, cooperation and collaboration - the rest of the whole year will be experienced in the same way.

The rituals of Nevruz, which is intensely celebrated in the Middle Eastern, Anatolian and Iranian regions today, are transferred from generation to generation. Those who want to enter that day when the old year ends and a new year starts jump over a fire. Taking a bath and jumping over some water are among the traditions that are performed in order to be purified. These draw attention as the common elements of all Nevruz celebrations. In order to purify the souls of goods and animals, goods are fumigated and animals are passed through fires.

The tradition of "semeni" is also still sustained. In this tradition, some barley and wheat are germinated in bowls before Nevruz to have a fertile year in agriculture, and these bowls are put on the tables.

People who welcome the new year by wearing new clothes clean their houses first and repair anything that needs fixing. They paint their houses and are careful to make everything new in the new year.

Egg tapping is also widespread in Nevruz celebrations. Eggs, which represent reproduction, are painted for abundance and tapped. Besides for this, sports competitions are held, songs are sung and dances are performed. Poets read poems, as well. As the history of Nevruz is dated back to the epic of Ergenekon, iron is forged that day to celebrate overflowing.