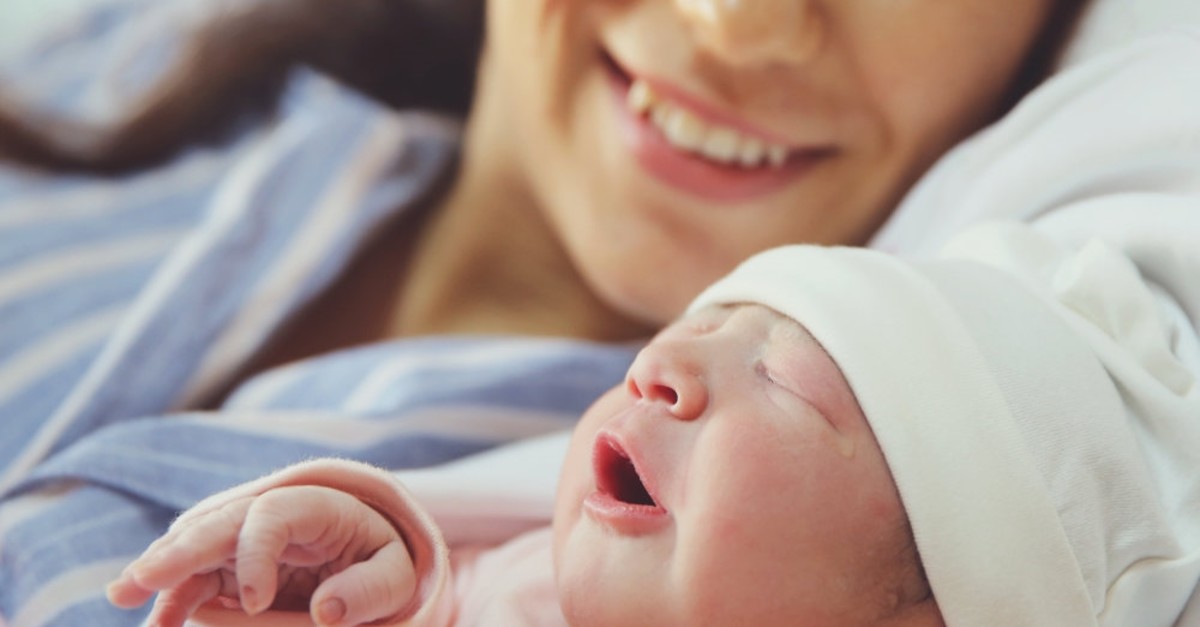 Bringing new life to the world is not only a joyful event for the parents but also for their relatives and close friends.
by Miraç Tapan Apr 11, 2019 12:07 am

The miracle of birth is celebrated everywhere in the world regardless of culture and religion. Every child born is a joy not only for the parents but also for extended family members, friends and neighbors. Although the ways of celebrating vary from country to country and culture to culture, it always follows the same pattern: Wishing good fortune and a healthy life for the baby.

Let's be straightforward: Turkish people love babies. Wherever or whenever the Turks see a little baby in its stroller we immediately show our affection. So it isn't surprising that in Turkish culture, there are a great number of traditions celebrating the birth of a baby, starting from the day it was conceived. However, the traditions and sometimes celebrations are not always logical and can be hard on expectant parents. Yet, welcoming a baby to a new world is a big deal and surely something to celebrate!

It is a known fact that Turkish people are pessimistic. So, most people tend to keep pregnancy news to themselves, or only tell close family, until the baby is at least two or three months old. However, the real chaos begins after the announcement. Months before the birth, the baby begins to get its first presents and it is customary to buy gender-neutral clothing such as knitted baby shoes and jackets.

Since technology which allows expectant parents to learn the gender of the baby before it is born is relatively new, Turkish people have other ways to predict the sex of the baby. It is believed that if the mother eats sweet food, she will have a boy, but if she prefers spicy or sour dishes, she will give birth to a girl. So, if a pregnant lady starts eating in public, everyone stares at her to understand whether it is a girl or a boy.Also, the physical appearance of the mother, her attitude, the length of time the child moves in the womb and the form of birth pains she experiences are ways to tell the sex of the baby.

When the wait is over after nine months, it is time to welcome the baby to the world but there are still traditions and sometimes even superstitions for expectant mothers to follow. Although childbirth takes place in hospitals, back in the day, babies were born at home and accompanied by trained nurses or sometimes older ladies in villages that helped countless mothers give birth.

Mothers who give birth in rural areas still follow these traditions that have been around for centuries. For instance, when the birth begins, all locked doors and windows are opened for good luck. Also, a woman who had an easy labor earlier rubs the back of the expectant mother. Although such traditions are dying, they are still evidence that celebrating birth is an important tradition in Anatolia.

Welcome to the world

It is believed that a new baby brings good fortune and abundance to the family. Hence, welcoming a baby to a family is a very important in Turkey. When the mother is still in her bed, it is customary to serve her "lohusa şerbeti," meaning "new mom sherbet," a beverage made with cinnamon, sugar and red food coloring; this is served so the mother will have enough milk to feed the baby.

The baby's umbilical cord is also significant for the Turks. The cord cannot be thrown away haphazardly; it is believed the cord influences the infant's future, employment and life. So traditionally the umbilical cord is buried in the garden of buildings that have significance. For instance, if the family want their baby to be a devout person, they bury the cord in the garden of a mosque. If they want it to become a well-educated person, they buried the cord in the garden of a successful university. On the other hand, some families throw the cord into a river or a stream for the child to search for his/her destiny elsewhere.

The baby is welcomed into the world but it along with its mother do not see the world for another 40 days! According to traditions, the newborn and the mother are advised to stay home for 40 days following the birth to prevent any sickness that may fall upon the mother or the baby. The 40-day threshold belief might seem ridiculous in the 21st century but there are still people living in rural parts of Turkey that practice this belief.