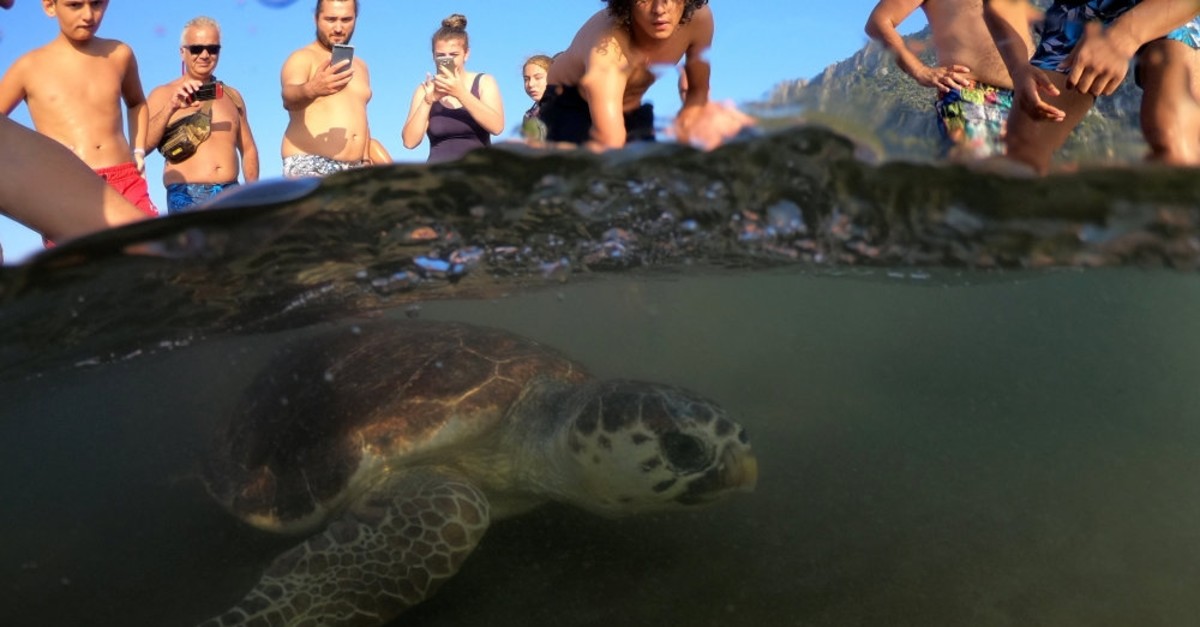 A loggerhead swims back to the sea following her release after treatment at the sea turtle rescue center at u0130ztuzu Beach in Dalyan, Muu011fla.
by Apr 11, 2019 12:07 am

Hundreds of sportspeople from around the world will gather in the Mediterranean coastal town of Dalyan in the province of Muğla to take part in the 4th Dalyan Open Sea Swimming Race. The race which is scheduled to take place on April 27 and 28 will set off under the event slogan "Swimming with loggerheads." This year, racers will swim in two separate swim lanes and male and female sportspeople will race in different age categories. The athletes will get to the starting point from İztuzu Beach via boats and they will be struggling to get to first place at the end of a 2,400-meter swimming lane.

Within the scope of the race, side events will also take place including live concerts, dance performances and workshops. The organizers predict 2,500 people will come to Dalyan for the event.

Dalyan and İztuzu Beach are important breeding spots for loggerhead turtles, also known as carettas, in the Mediterranean coast. There are 21 caretta nesting spots in the Aegean province of Muğla and the Mediterranean provinces of Antalya, Mersin, Adana and Hatay; however, there is no doubt that the most popular nesting area for these giant turtles is the İztuzu Beach in Muğla, which was placed under government protection in 2015.