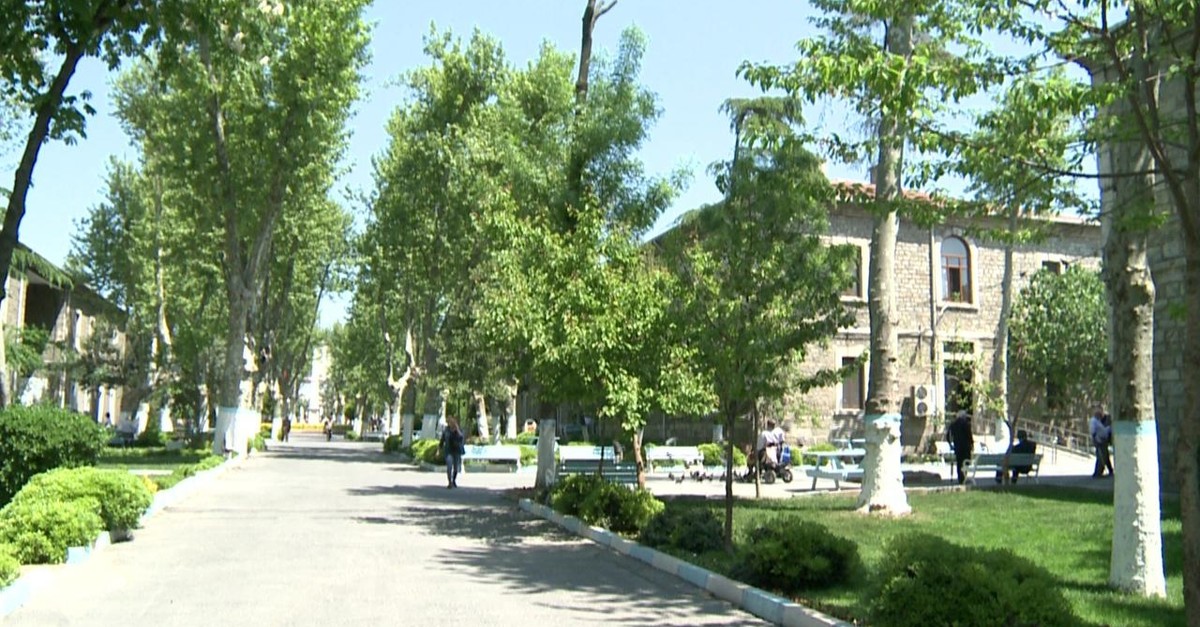 Founded in 1895 on the orders of Ottoman Sultan Abdülhamid II, Darülaceze has been home to the elderly and the needy, for almost 125 years. The center came into being by the personal donations of the sultan who gave 7,000 gold liras and cash worth 10,000 liras. Also, around 50,000 liras was collected from other benefactors and the institution that is still standing strong in the 21st century came into being. Darülaceze was first opened to people who became homeless after the Russo-Turkish Wars along with nearly 150 women; today, it still opens its doors to the needy and the elderly after 125 years.

Continuing its operations only on donations of benefactors, Darülaceze is the embodiment of the Turks' solidarity, spirituality and kind-heartedness. Currently, the Darülaceze is operating at its complex in Okmeydanı where it was first founded. Once located in a secluded area, the complex is now right in the middle of the city. Although walking into the complex, it feels like you have just stepped in a quieter and greener world, the fact is Darülaceze is in need of a more secluded and larger complex to offer its services to the masses as Turkey's population is growing old every year.

Last Saturday, the Darülaceze management promoted their new complex which is currently being built in Yassıören Village of Arnavutköy, Istanbul. The complex will adopt the motto "slow city, horizontal architecture and livable places," and stretches over an area 150,000 square meters. The complex will feature a rehabilitation center, a unit for mentally challenged people, a psychiatry building, an intensive care and observation facility, a special unit for the bedridden, an amphitheater, a conference hall with a 1,000 people capacity, accommodation facilities and a children's center. The complex's construction is halfway complete; when finalized, 80 percent of the premises will be made up of recreation areas while buildings will cover the remaining 20 percent of the area.

At the launch, Zehra Zümrüt Selçuk, minister of Labor, Social Services and Family, Bilal Erdoğan, member of the Darülaceze Management Council, and Hamza Cebeci, the president of Darülaceze gave speeches highlighting the philosophy that underlies Darülaceze.

Minister Selçuk said Darülaceze is a model for how services to the elderly should be provided.

Bilal Erdoğan also highlighted Darülaceze's place in society which works only through the generous donations of benefactors. "Today, elderly care has become an industry but here in our country, it is still a social service that operates on donations. This is very important. We can say that in that matter, Darülaceze is a one and only in the world. As the management council of Darülaceze, we are doing everything in our power to ensure the future of this center. Darülaceze is a brand that our civilization has given as a gift to the world," he added.

Cebeci, the president of Darülaceze, on the other hand, emphasized the importance of helping Darülaceze to keep running with donations. Stating that the feeling of mercy and the act of helping the needy is in the blood of the Turkish people, Cebeci said: "Generosity cannot be scaled with wealth. The important thing is to make sacrifices even in dire circumstances. Offering to share what little you have with others is the important thing. These values are deeply rooted in the Turkish people."