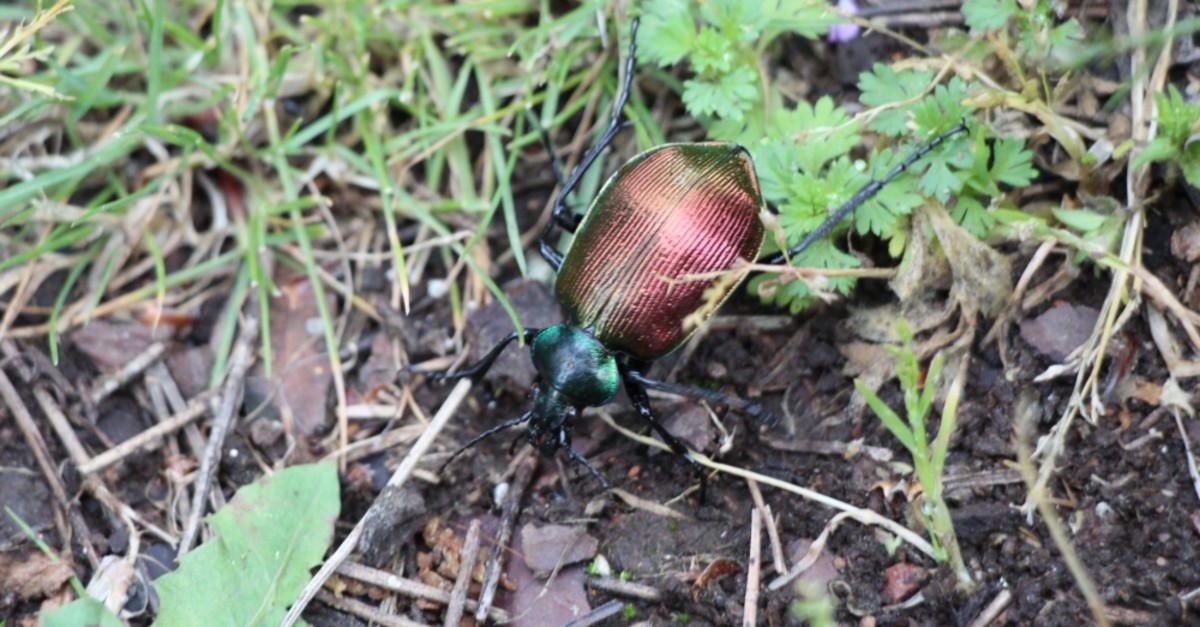 Apart from its historical landmarks and the Bosporus, Istanbul is also known for its exceptional fauna and forests. However, the pine trees of Istanbul are under threat from pine recessionary moths, one of the most destructive bugs for the trees.

To be able to protect the pine trees and Istanbul's forests as well as the ecosystem, Istanbul's Regional Directorate of Forestry is getting ready to release 10,000 gladiator bugs which feed on the pine recessionary.

Informing the press about the invasion of pine recessionary, Ahmet Yasin Çelen from the directorate said that destructive bugs not only harm the trees but also people, as they can cause allergic reactions.

"The pine recessionary [moth] has feather-like fluff in their bags, which cause allergic reactions. In order to protect the trees, we collected the Calosoma sycophanta, also known as gladiator bugs, in the forests of Antalya and reproduced them in the lab in the Princes' Islands of Istanbul. Our aim is to keep the population of both of these bugs under control for the safety of the forests and people," Çelen added.

Currently, the lab has reproduced 4,000 gladiator bugs and the rest will be ready in 15 days. Once the pack is ready, the directorate will release these bugs into places such as forests and recreation areas.