Paralyzed squirrel returns to wild thanks to walker 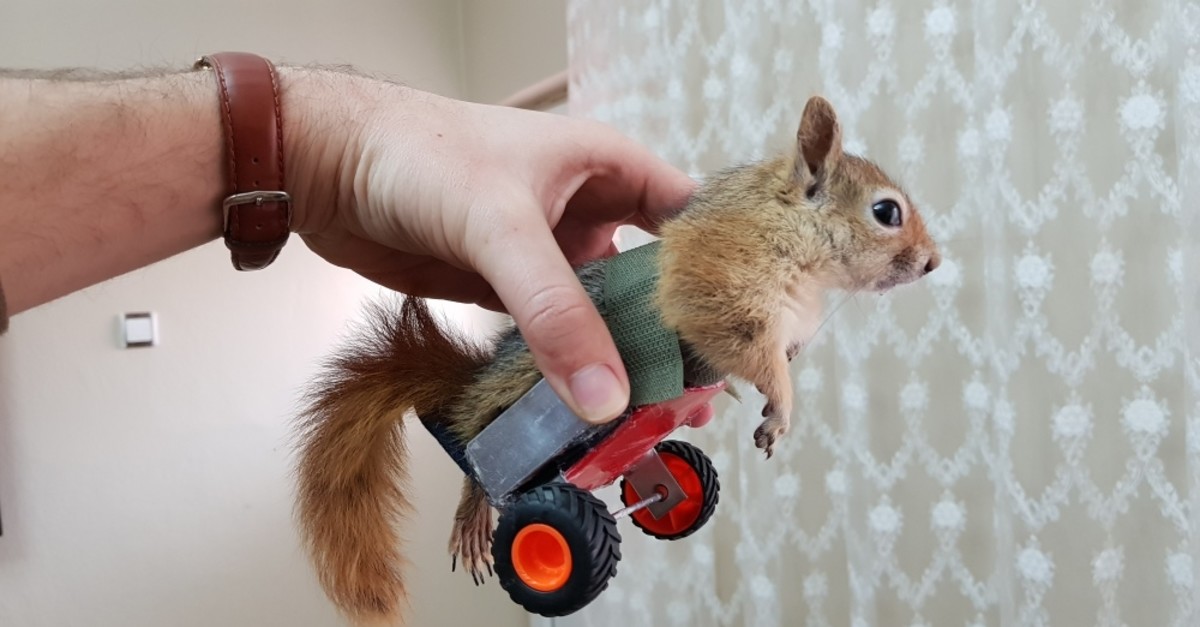 Hasan Kızıl, 24, has one dream in life - to be able to make prosthetics for every animal that suffers from paralysis. So far, Kızıl has helped almost 300 animals. Thanks to his efforts, he was named "Animal Lover of the Year" multiple times and awarded the "International Goodness Award" by the Turkish Diyanet Foundation. Known as the "life repairman," Kızıl's latest act of kindness was making a walker for a paralyzed squirrel. A small child who found the squirrel brought it to Kızıl and asked him to help the little cutie via social media. Kızıl turned a broken toy car into a walker for the squirrel, allowing it to once again run and play.

"As soon as I put the wheels on the squirrel, it began to run like hell. With this walker, the squirrel will be able to return to its life in the wild," said Kızıl.

It is reported once the squirrel began to walk with the walker Kızıl made for it, it partially regained movement in his legs. Kızıl believes that in few months, the squirrel will not even need the walker and could soon be running in the wild on its own.