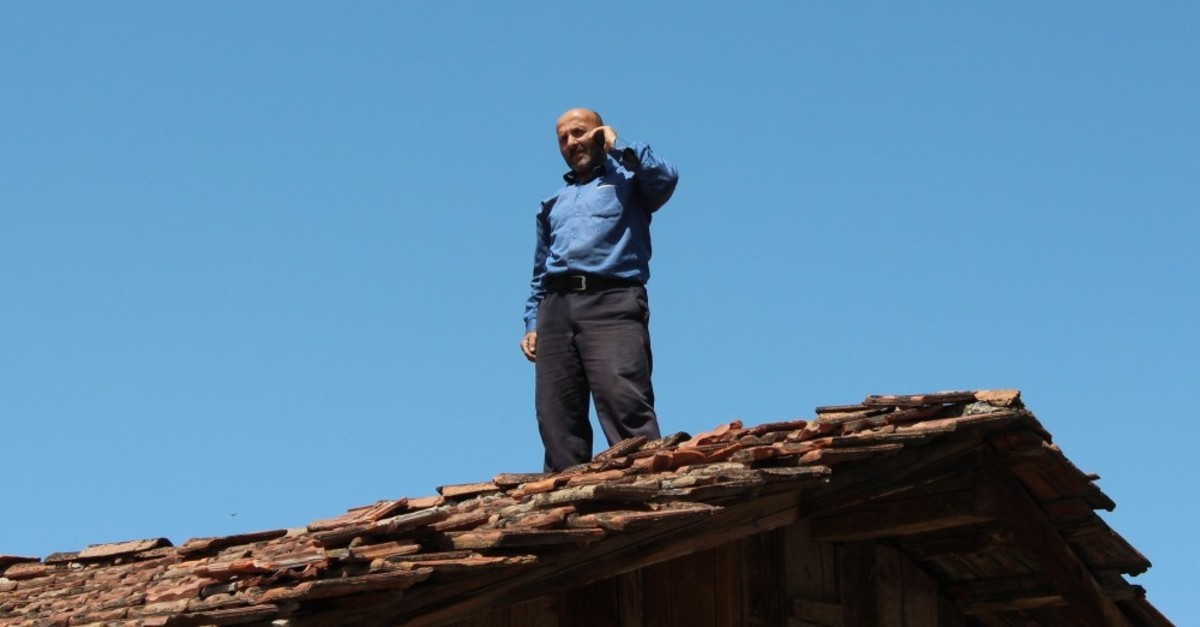 FOMO (the fear of missing out) is real in the Black Sea province Kastamonu's Alpagut village as residents take all kinds of risks to get cellphone signals. Although the village is not very far from the center, cellphone signals are quite poor. In order to get a signal and make phone calls, daredevil villagers climb to the highest points of the village including trees and even the minaret of the village mosque.

Speaking to the press, village head Yunus Zalimoğlu said they have no means of getting a signal on their cellphones and it is unacceptable. "We are facing very hard times. I want authorities to deal with this situation. We want to talk on our cellphones. We made an application over a year ago, but still, nothing has been done to fix our problem."

One of the villagers, İsmail Davarcı, who is desperate to get phone signals, said they cannot connect their cellphones due to a lack of a cell tower in the village. "I have to travel for kilometers on my tractor just to get a signal," he said.

There are more than 80 million mobile phone subscribers in Turkey, which is almost 99 percent of the entire population. According to the data from the Ministry of Transport and Infrastructure, monthly talk time averaged 444 minutes per subscriber in Turkey, which is ranked as the first in the EU in this area.