Culture defined from language to arts: A guide to the 'Sneakerhead' 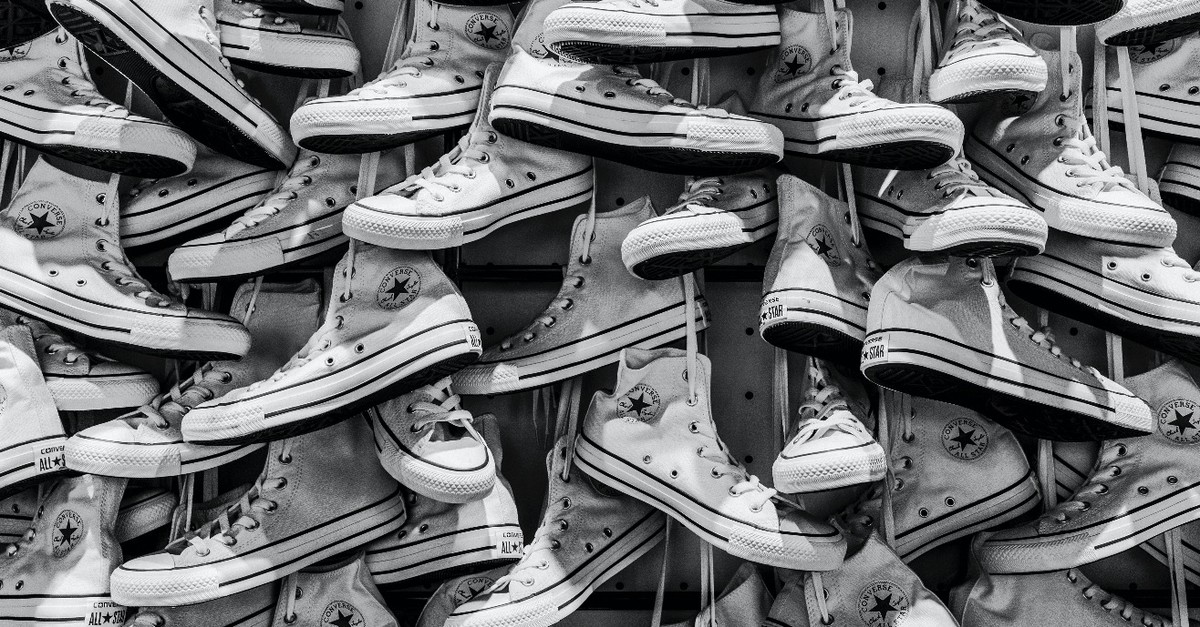 Chuck Taylor All Stars Converses are icons in many industries from music to sports.
by SİMAY KESKİNTEPE May 13, 2019 12:06 am

Sneakers are not just shoes you put on to out. They are statements and parts of a culture that have impacted various industries from music to sports

We've all watched avocado toast invade our cities but today we are face to face with a new trend: In virtually every corner we see the "sneakerhead" pacing it out.

While the basic function of shoes is to keep your feet protected from outside elements, sneaker aficionados elevated this object to a level of semiotic communication, a way to express the sense they have toward their habit, music and art. Sneakerheads do not consider any gender, class, ethnicity, age or any other boundary to define themselves. It is their sneakers that carry all these features.

What makes a sneaker fanatic a sneakerhead is a sneaker aficionado who can be found buying, swapping, or reselling sneakers online. It is an obsession, while it is more than a need. It can be the most accurate and simplest description of the whole idea but believe me as you read the rest of the article, you will find out that they are not so simple. So, how did "sneakers" become a part of this semiotic communication union?

Sneakerheads to the streets

Its history that usually drives sneakerheads, the subculture movement started in the U.S. by hip-hop culture and icons like Run DMC, basketball greats like Michael Jordan and skateboarding. Run DMC's classic 1986 cut "My Adidas" is a perfect early example of the synergistic relationship between hip-hop and sneaker culture. In the early 1970s, with the Nike Cortez, the shoes we wore for walking on the treadmill were moved to the dance floor and blended with the elements of fashion. The German company Adidas introduced leather and suede sneakers into the market in the early 1970s, but it is actually when the pro basketball players in the Harlem Rucker tournament started wearing them, an entire whole new world opened its gates. Nike joined the game and created brightly colored, expensive shoes for the "Me Generation" that sweats at athletic clubs. Street game turned into a game powered by sneakers. Wear Jordans, win like Jordan, or so the thinking goes. Kids and fans all want to have the same style: with their sneakers. Those were actually the kids, watching the heroes and trying to emulate their power and success by wearing the same shoe.

If we go far back into this rise, on the peace heels of the World War I, Germany, Japan and Italy were encouraging its citizens to exercise not just to look better, but to be ready for the next war and it is no less that sneakers became so popular in these fascist countries. With the Olympic Games in Berlin, those rubber running shoes become more popular. Sneakers - rubber shoes - actually were considered as an inexpensive and casual part of fashion in America as well. With the growing influence of the sportive young artists on TV and the juvenile rock stars on stage, they have boosted the whole new market of sneakers.

Rock n' roll got on stage

Usually, the word sneaker is attributed to Henry Nelson McKinney, way back in 1917, since Maquis Mill Converse founded his company, the transition of the kicks started from the playground all the way to stages. Music has universal acceptance. "If you listen to my favorite band, we can naturally start to speak in the same language." Why can't sneakers? So, Converse managed to be a part of this natural union.

The iconic Chuck Taylor All Stars has established many musical sponsorships and sneaker designs for many iconic names: The Rolling Stones, Jimi Hendrix, Kurt Cobain, The Clash, Blondie, Black Sabbath, Gorillaz, Guns N' Roses, Green Day, Metallica, the Foo Fighters; no doubt that Converse is a rock n' roll icon - they designed the Converse All Wah, featuring a guitar pedal encased inside the sole of the shoe. The basic function of the shoe is developed into a new dimension or even a function in the music as well. They are not just the shoes made of rubber; they build a bridge between the music itself and the style of the stages.

Design and technology brought all these aspects together and turned it into an addiction. After all these flows, the emergence of many brands like Reebok and Puma pushed the variety. The smart business sector never held back and eventually, it grabbed on to this culture.

Today, even formal fashion accepts sneakers and they have become iconic and essential parts of our everyday life; a force in fashion. Brands like; Gucci, Louis Vuitton, Tom Ford and Balenciaga are in collaboration with famous rappers, designers, and even athletes; they have created their own collections with new designs that reflect their lifestyles, music and art. Eventually, great fans followed up their new kicks.

Then why not have a museum of sneakers? The Sneaker Museum had many exhibitions earlier; "Art for your feet" in the Boston Children's Museum in 2014, as well as the "Boston Sneaker Jam" for the world's largest sneaker event filled with collections of sneakers, music, street art and panels. In 2015, "The Rise of Sneaker Culture," exhibited the origins of the rubber shoe in the mid-19th century to high-end sneakers created in the past that became a global obsession. It was the first exhibition explaining the complex social history of the sneaker culture.