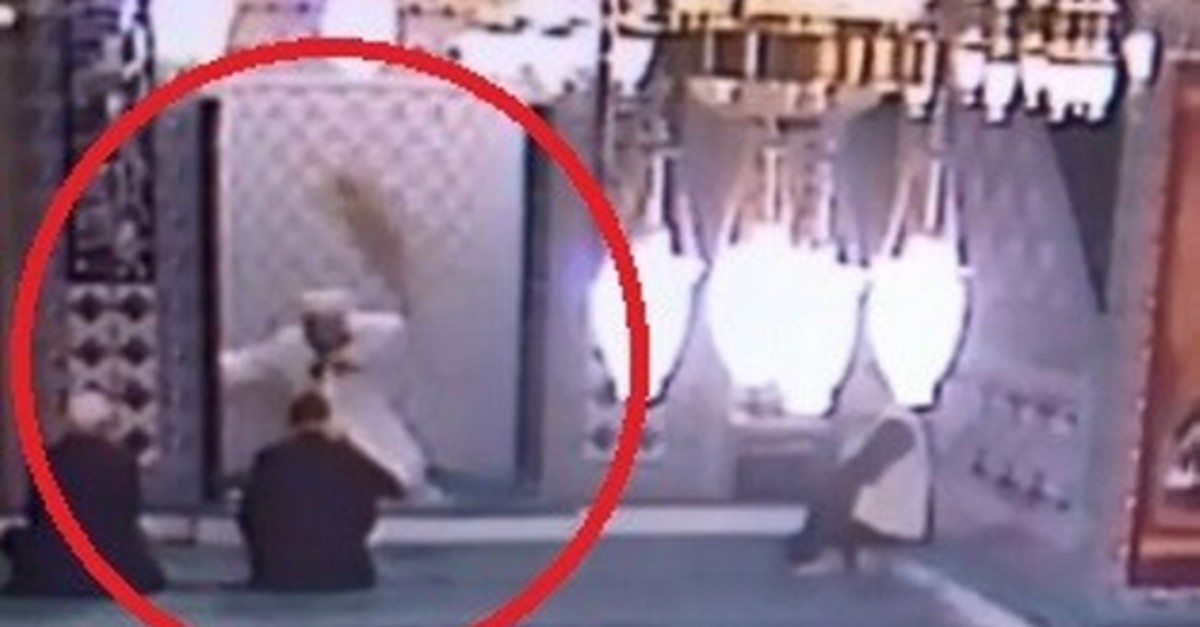 An energetic cat in western Turkey's Kocaeli province broke the silence at a mosque where the congregation was listening to the imam recite the Holy Quran ahead of the nightly Ramadan prayers, sending a wave of panic among the men, who were not expecting the uninvited fluffy guest.

The incident took place in Ereğli Merkez Mosque in Karamürsel district, where the feline entered the mosque and jumped over the imam during Quran recitation, sending a wave of panic among the small congregation awaiting to attend Taraweeh prayers.

Many mosques in Turkey welcome cats with open arms, with some congregations adopting them and sharing the houses of worship with the felines.