Traveler hits the road for a greener world 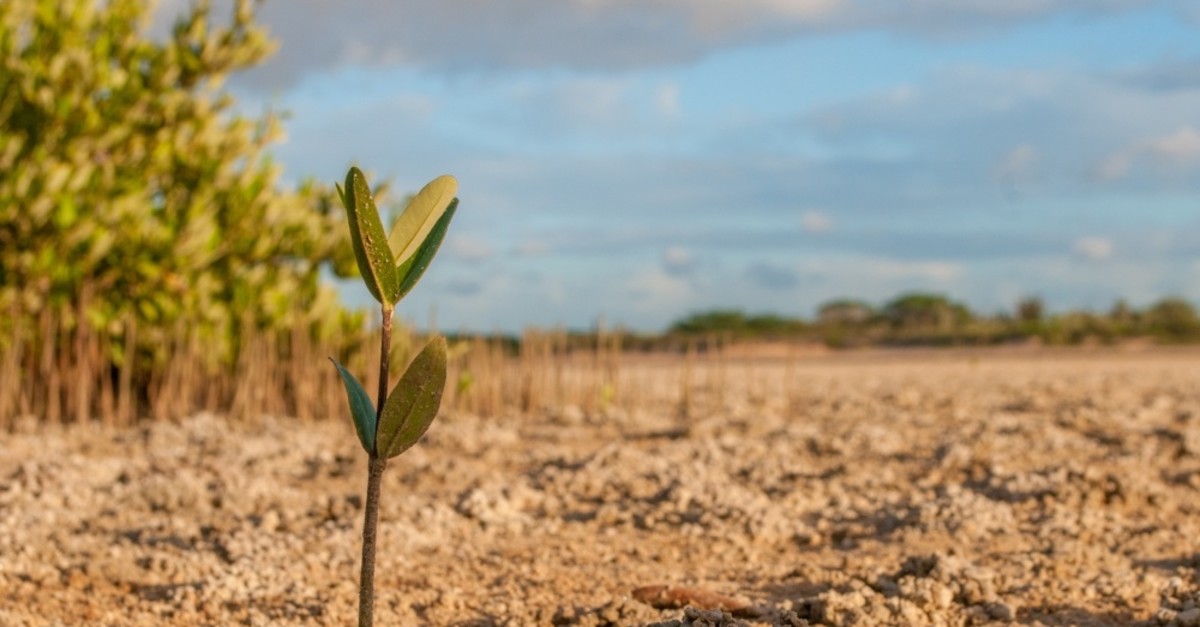 Turkish wanderer aims to plant at least one sapling in each Turkish city and capital cities around the world.
by Anadolu Agency May 14, 2019 12:02 am

Building a greener world is not impossible and a man from Turkey has given up his career to realize this dream. Yunus Emre Karaca, a 29-year-old archaeologist, worked for a construction company for years before quitting his job on his birthday on April 9. He then donated all his clothes to the Turkish Red Crescent and all his books to the local library to hit the road for the "World Peace Project."

With a single backpack that included a tent, a sleeping bag, three t-shirts, a jacket, pants, shoes and a raincoat, the young wanderer aims to travel all across Turkey and the world capitals to plant at least one sapling to show that building a greener Earth is possible.

Karaca kicked off his travels in the Black Sea region of Kastamonu. He planted the first sapling in the village where his family resides and then traveled to Karabük, before reaching Kocaeli last month.

He finances his travels on his own and gifts a pencil with a seed inside to the people he meets on the road, encouraging them to grow a plant for a better planet. He also shares his adventures as well as the historical and natural landmarks he comes across on his social media accounts and YouTube channel "Bizim Yunus."

"I hitchhike and sleep in my tent. I also find a place to stay via an app used by travelers around the world. I prefer to realize my project with the help of social clubs. I teamed up with the cyclist club in Karabük and a motorcyclist club in Kocaeli. My aim is to make my voice and project heard," Karaca added.

He also wants to touch the lives of as many people as possible. When he is invited, he gives speeches at schools on the environment. "I want to leave my mark on people's lives. People should work to realize their dreams and leave their mark on the world," Karaca said.

He has just begun his journey. So far, Karaca has traveled to three cities and his next destination is the eastern Anatolian region. "After traveling the world, I want to finish my project in Istanbul," he said.