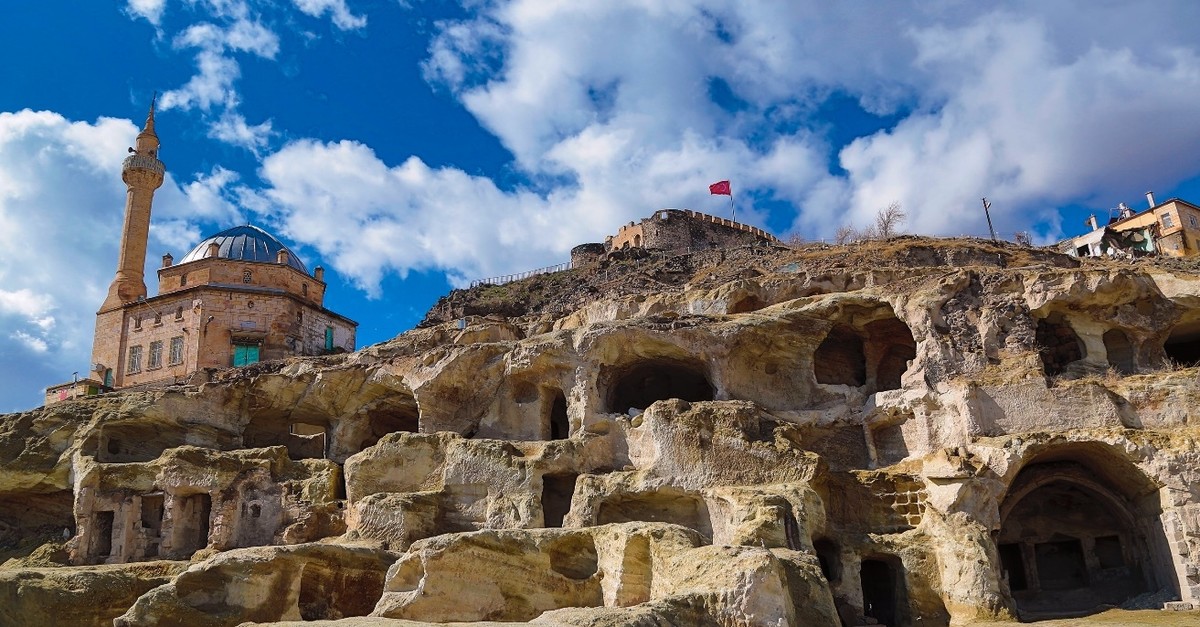 The newly discovered underground city in Cappadocia is thought to be the biggest in the world.
by Daily Sabah May 15, 2019 12:03 am

The world's largest underground city, discovered during restoration work at Nevşehir Fortress, will soon be opened to visitors, the city's Mayor Rasim Arı has announced.

Famous for its fairy chimneys, cave churches and underground settlements, Cappadocia is getting ready to open a new underground attraction for tourists. The site is believed to rival Derinkuyu, the largest excavated underground city in Cappadocia, which could house 20,000 people.

Discovered beneath a Byzantine-era hilltop castle in Nevşehir, the site dates back at least to early Byzantine times. According to measurements by scientists from Nevşehir University, the site spans an estimated 460,000 square meters. Speaking to the press, Mayor Arı said the site of the underground city will be opened for tourists once it goes through hte necessary excavation and restoration works. "It will make Cappadocia one of the biggest tourist attractions in Turkey," he said. In 2013, construction workers at the castle discovered entrances to a network of rooms and tunnels. Archaeologists then followed the tunnels and announced that they discovered a multilevel settlement of living spaces, kitchens, wineries, chapels and staircases which then turned out to be the biggest underground city discovered so far.

The region, which included Cappadocia, had lured the greatest states of the time including the Hittites, Phrygians, Persians, Romans, Byzantines, Seljuks and Ottomans. After the locals converted to Christianity during the early Roman era, they discovered that they needed hideouts to survive. So they created these underground cities to protect themselves from the pagans.

Archaeologists have discovered some 35 underground cities in Turkey, including the biggest ones in Kaymaklı and Derinkuyu.