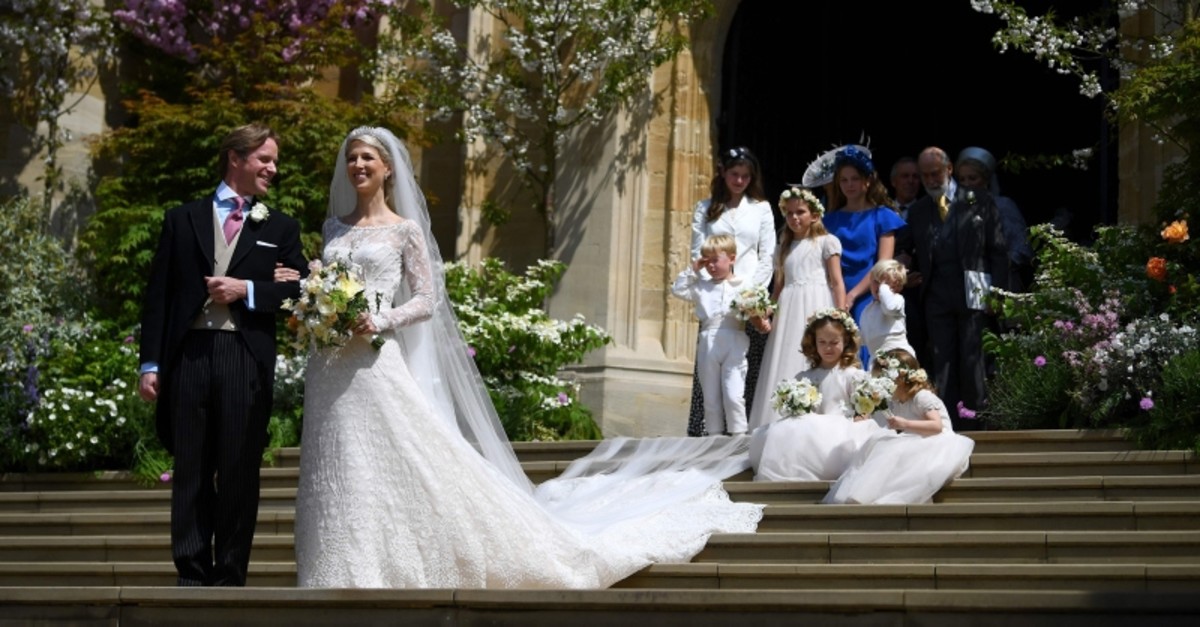 The British royal family gathered for its third Windsor Castle wedding in a year as Lady Gabriella Windsor tied the knot on Saturday, with Queen Elizabeth II watching on.

Windsor, 38, the daughter of the monarch's first cousin Prince Michael of Kent and his wife Princess Michael, married financier Thomas Kingston in Saint George's Chapel at the historic castle, west of London.

Queen Elizabeth led the royal family at the wedding and was joined by her 97-year-old husband Prince Philip, making a jovial rare public appearance after his retirement in 2017.

The sovereign's grandson Prince Harry, who married Meghan in the chapel on May 19 last year, also attended. The couple's first child, Archie Mountbatten-Windsor, was born on May 6 and both mother and son skipped Saturday's ceremony.

Windsor arrived at the chapel in a claret-coloured vintage car, accompanied by her father.

She wore a lace gown by Italian designer Luisa Beccaria.

Harry's brother Prince William did not attend as he was presenting the trophy at the FA Cup final between Manchester City and Watford at Wembley in London later on Saturday.

However, Pippa Middleton, the sister of William's wife Kate who stole the show at their 2011 wedding, was in attendance. Kingston is good friends with the Middleton family.

The readings included a passage from William Shakespeare's early comedy "Love's Labour's Lost", and the poem "O Tell Me The Truth About Love" by W. H. Auden.

The couple, who got engaged in August on the Channel Island of Sark, kissed on the chapel steps following the ceremony.

The reception was being held at nearby Frogmore House, where Harry and Meghan staged their wedding dinner. The new parents and Archie live close by at Frogmore Cottage.

Known as Ella, Windsor works as a freelance features writer and as the arts and travel director for London-based brand company Branding Latin America.

A great-granddaughter of king George V, who died in 1936, she is 52nd in line to the throne and, unlike her parents, carries out no royal duties.

It was king George who changed the family name from Saxe-Coburg and Gotha to Windsor -- after the castle -- in 1917 due to anti-German sentiment during World War I.