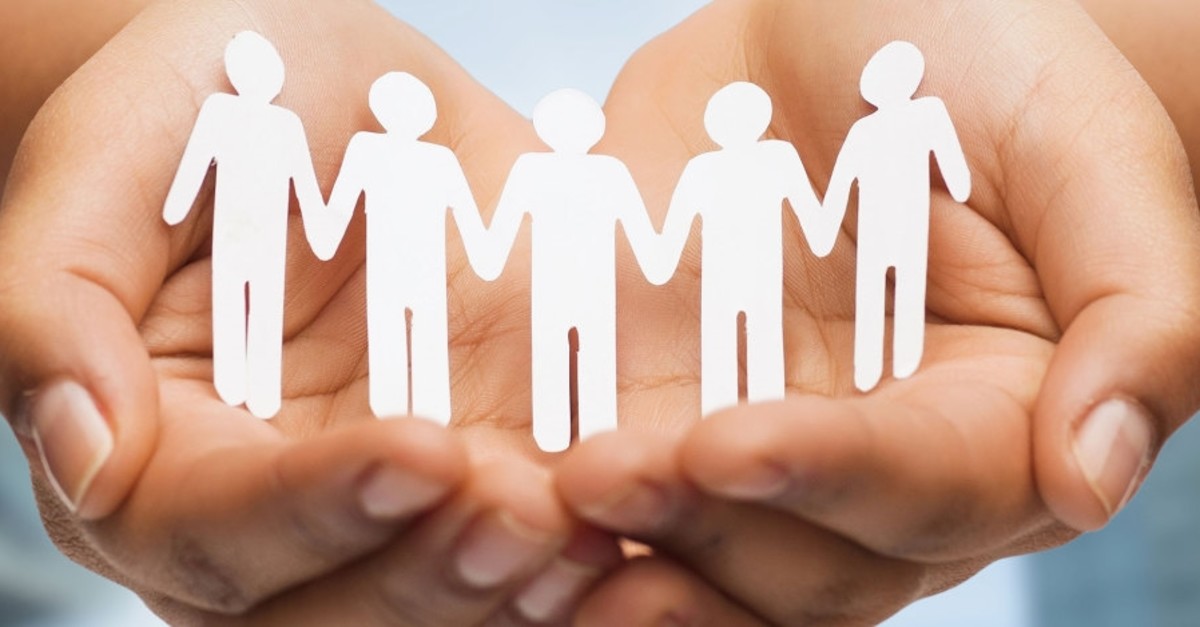 Tu00fcrk Telekomu2019s social innovcation platform concentrates on the issues of increasing education quality and boosting gender equality, two agendas included in the 17 targets of U.N. for sustainable development.
by Timur Sırt May 18, 2019 12:08 am

Countries that miss out on the social startup issue cannot improve their ability to solve problems regarding sustainable development. Effective programs have begun to emerge in Turkey for more social ventures. Türk Telekom's "Life is Simple with Internet" program focuses on eliminating inequality, especially for women, through the use of the Internet, while the İmece platform guides different social innovation projects. İmece, a social innovation platform that brings together those who want to produce solutions to social issues, focuses on the "reduced inequalities" goal in its new process, following issues of "quality education" and "gender equality," which are among the 17 targets that the United Nations has set for sustainable development.

İmece's third support program will be held in the main partnership with Zorlu Holding in cooperation with Istanbul Technical University (İTÜ) Çekirdek as the strategic partner. For social entrepreneurs that address these issues under the heading of "reduced inequalities" to apply, an open call was made to a broad segment on a live broadcast.

In the first two programs focusing on the goals of quality education and gender equality, İmece provides support for the implementation of the projects of 25 initiatives and social startups, expanding the scope of its support in the strategic partnership with İTÜ Çekirdek in the third support process. As part of this cooperation, the social ventures to be selected for the program following the application process will have the opportunity to develop their ventures in the incubation program under the partnership of İmece and İTÜ Çekirdek. They will also be able to benefit from mentoring, workplace, education, access to ecosystem, institutional cooperation and grants.

Aslı Alemdaroğlu, general manager of Zorlu Holding Corporate Communications, said that the world is facing serious problems in both geopolitical and economic terms. "There are large cracks in the international system. Inequalities are rapidly growing. These are complex problems that require cooperation and cannot be solved by a think tank or a nongovernmental organization alone," she said. "Even though globalization waves have led to improvements in welfare levels worldwide over the past 20 to 25 years, the decline in inequalities under many headings such as health, education, security, housing, nutrition, and so on are not in parallel. As long as problems of inequalities persist, we all see that it is not possible to find solutions to poverty and similar problems in the world." In her speech, Alemdaroğlu shared current data on refugees and disabilities as part of the third support program, Reduced Inequalities, pointing out that the number of refugees in the world has increased by 10 percent over the past year. She further stressed that it is expected that some 200 million people would have to leave their homes, their communities and their lands by 2050 due to the reduction of resources, climate change and problems accessing water.

İTÜ ARI Teknokent General Manager Deniz Tunçalp said at Çekirdek, they offer all the support that a technology venture needs such as education, sales and access to investor and business networks together. "Since its establishment, Çekirdek has supported more than 1,700 enterprises and more than 4,000 entrepreneurs. As ARI Teknokent, we are working hard to deepen the entrepreneurial ecosystem. We attach importance to finding a suitable environment for social ventures not to be disadvantageous at this point and for ventures focusing on the solution of social problems to be successful. We are happy to be a strategic partner of

İmece, which works for similar purposes. Thanks to this cooperation, we will also incorporate successful social entrepreneurs into the

Çekirdek process and provide support to bring them together with the 'Big Bang' opportunity and then be successful." İmece Director Buğra Çelik said the inequalities exist in many areas such as health, education and income distribution in Turkey and all over the world. "While individuals with disabilities cannot benefit equally from education and job opportunities, the physical and social needs of individuals with disabilities are often ignored in society," he noted. "In addition, refugee communities are discriminated in many different areas such as living conditions, health and education in countries they migrate to. Unless these inequalities are reduced, it is not possible to talk about poverty and sustainable development for all.

Artificial intelligence for every vehicle

Driverless automobile tests are starting in Turkey. It is now possible to use artificial intelligence (AI) not only in high-cost vehicles but also in mid-segment vehicles.

In Turkey, the artificial intelligence technology solutions that level down to mid-segment autonomous vehicles will be used. Serkan İmpram, general manager of AVL Research and Engineering Turkey, one of the most important automotive engineering companies in Turkey, stated that autonomous vehicle costs are one of the important problems in the automotive sector. "In vehicles with advanced driver assistance systems (ADAS) and improved autonomous driving characteristics, some of the features available in hybrid or fully electric vehicles and some of the components used are still quite expensive. However, the components used in vehicles are getting cheaper every day," İmpram said and continued, "For example, the adaptive speed control, which was only available in very high-segment vehicles in the early 2000s, today is available in almost all mid-segment vehicles. Other sensors are also rapidly moving toward low costs. Autonomous functions can be relatively expensive when they are first released due to both sensor costs and sales strategies. However, we can say that they will become functions that can be easily presented in mid-segment vehicles over time."

Serkan İmpram emphasized that the first autonomous tests would start in Istanbul in 2019. "At the research and development (R&D) centers of AVL Turkey, our engineers developed the most advanced automatic transmission control algorithms in Turkey, carried out the first field tests of the SUV vehicle containing them in April and achieved successful results to be able to start mass production," İmpram continued. "We also continue our work in the field of autonomous technologies. As a result of these efforts, the preparation of the prototype vehicle in the systematic areas with improved autonomous driving characteristics was completed. It is now counting the days to hit the road. We aim to carry out the first field tests of our autonomous vehicle, whose systems were developed, in Istanbul in the last quarter of the year."

Maxis General Manager Selami Düz said that they would continue to support ventures in cooperation with all the stakeholders of the entrepreneurial ecosystem, saying they decided to invest in Kolay IK, which met a significant software need of Turkish companies of different sizes, to support its rapid growth in Turkey and overseas expansion.

Kolay IK, which was established in 2016 and used by more than 200,000 people working in companies of different sizes today, aims to accelerate its overseas expansion and increase its efficiency in the corporate market with the Maxis Innovative Venture Capital Investment Fund's investment tour of $500 million.

With the cloud-based human resources solution Kolay IK, without any update problems, it is possible to produce solutions to all issues such as Personal Management, Permit Management, Training Management, Spending Tracking, Overtime Management, Embezzlement Tracking, Company Calendar, Performance Evaluation, Food Cards, Scorecard, Payroll, and Automatic Participation in Individual Pension System (BES). Kolay IK, which graduated from Türk Telekom's entrepreneurship acceleration program Pilot, offers an easy-to-use interface just as much as your accounts on email or social networks every day. There is no setup process as it uses cloud-based software.

The works of Turkish artists, which enable us to better understand the technological changes that affect our lives by bringing together digital data and art, are going abroad. The digital art exhibition, consisting of the works of six artists, who took part in the bang - Art Innovation Prix program held for the third time this year with ArtBizTech as the main supporter took place in London. Hosting visitors from the art, design, innovation and business world, the exhibition enabled the Turkish artists to bring their creative production to the international platform.

Bringing the projects of young people aged 35 and under, who work in the fields of new media, bio art, kinetic art and data art, to the local and international audiences, bang. Prix met with visitors at the exhibition in London in April and showcased the works of six artists.

The exhibition in London consisted of the works of young people who applied to the bang. The Prix program, which was supported by ArtBizTech, an innovation team that remained dynamic with different exhibitions and activities throughout the year with the aim of paving the way for innovation projects inspired by art and supporting the artistic production of young people with technological and scientific elements. The exhibition was held with the aim of increasing the visibility of young artists in the field of digital art both in Turkey and in different countries and welcomed many visitors from the art, design, innovation and business world.