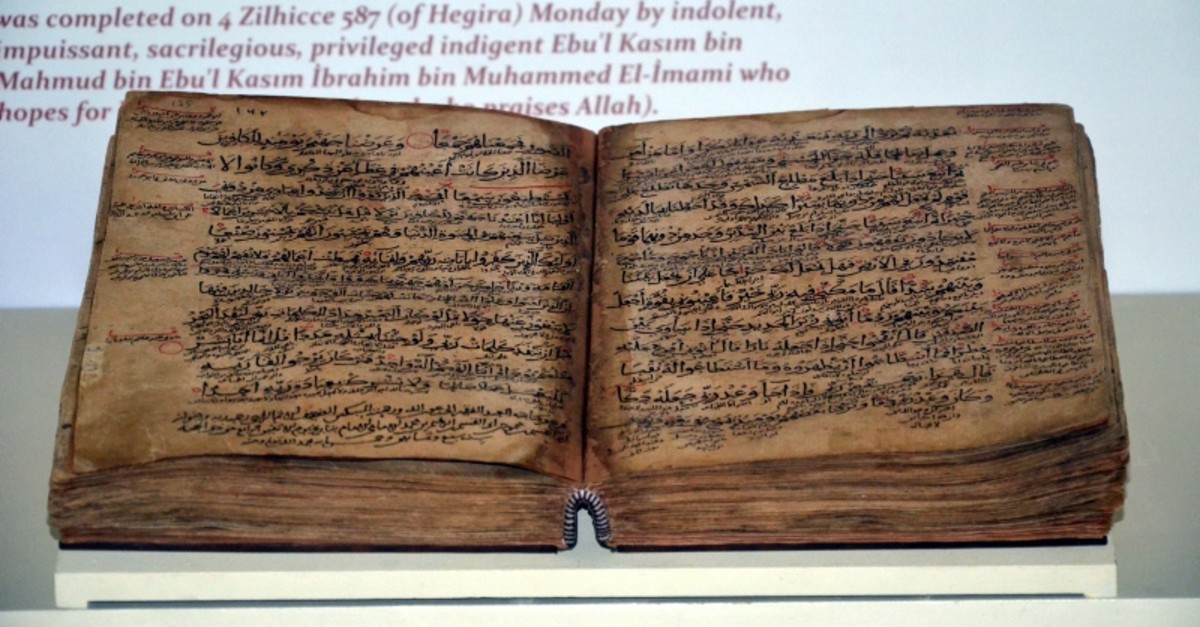 An ancient manuscript of the Quran on exhibit in northern Turkey is drawing more attention and visitors during the Muslim holy month of Ramadan.

The Quran, written in 1191 for theological schools in Turkey's Anatolia region, is on exhibit at the Tokat Museum in the northern province of the same name.

It is thought to be the only Quran manuscript surviving from that time, just after the Turks made Anatolia their new home.

"No other museum in Turkey has such an artifact," he added.

Calling the 800-year-old Quran the museum's crown jewel, Gönültaş said: "I invite everyone to this museum to see this artifact."