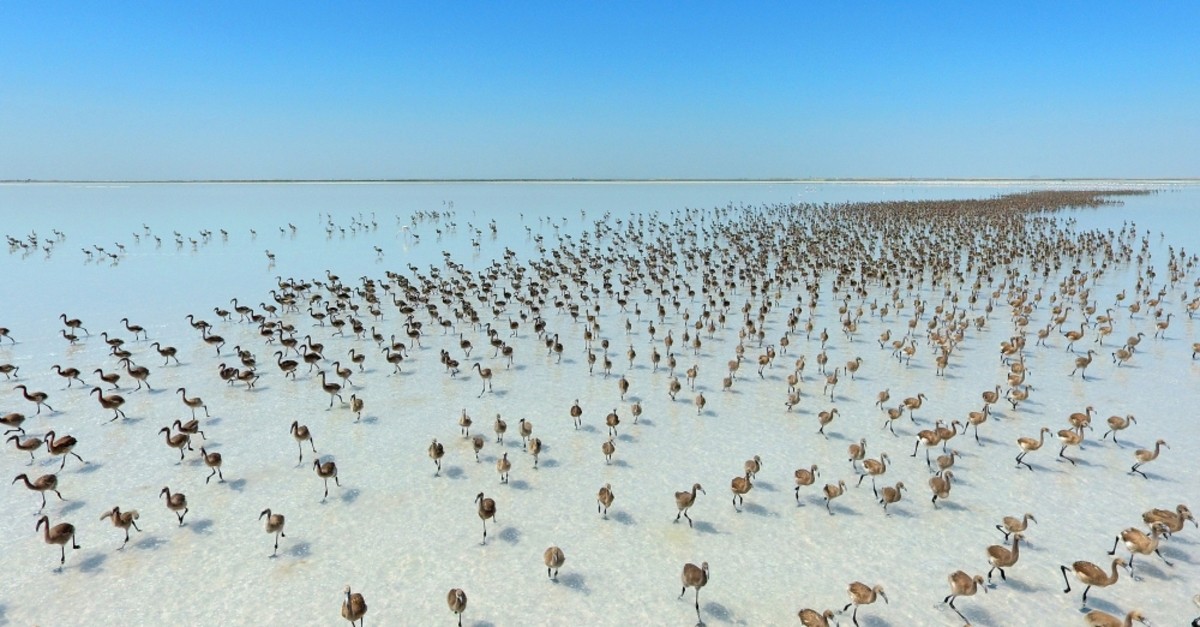 Lake Tuz, one of the largest hypersaline lakes in the world and Turkey's second-largest lake in terms of area, provides a perfect habitat and hatching ground for flamingos, as the birds usually prefer to lay their eggs in salty and wet areas.

The area of the lake itself and its smaller neighboring lakes, namely Akgöl, Bolluk, Düden and Tersakan are considered to be Class A wetlands. There are 81 internationally significant wetlands in the world, and only 18 of them are graded as Class A.

Lake Tuz is also one of the most shallow lakes in Turkey, with a depth of around a half a meter in most parts. Although the water level drops in summer, in spring the lake expands to cover 164,200 square meters. Although Lake Tuz meets 70 percent of Turkey's salt needs, it is one of the driest lakes as the area gets the least rainfall throughout the year.

The lake is also important for its fauna and wildlife. Scientists have discovered that there are 71 endemic plants growing around the lake and declared the area Class A protected area. Lake Tuz is also recognized by UNESCO and listed on the Temporary World Heritage List.

As Lake Tuz is one of the biggest wetlands in Turkey, it welcomes hundreds of thousands of bird species throughout the year. The most scenic sight, however, is the flamingos, who come to Lake Tuz to lay their eggs. Last year, 12,746 baby flamingos opened their eyes to the world in Lake Tuz.

Flamingos are famous for their bright pink feathers, stilt-like legs and S-shaped neck. Flamingos have slender legs, long, graceful necks, large wings, and short tails. They range from about 90 to 150 centimeters in height. To feed, flamingos wade in the shallows, head down, with their bill underwater, stirring up organic matter with their webbed feet. They eat various types of food, including diatoms, algae, blue-green algae and invertebrates such as minute mollusks and crustaceans. The bird's pink color comes from its food, which contains carotenoid pigments.

As a part of a project aiming to protect the flamingos' existence in and around the lake, scientists keep the flamingo population under observation. They study their migratory behavior as well as their health to keep them coming back to Lake Tuz.