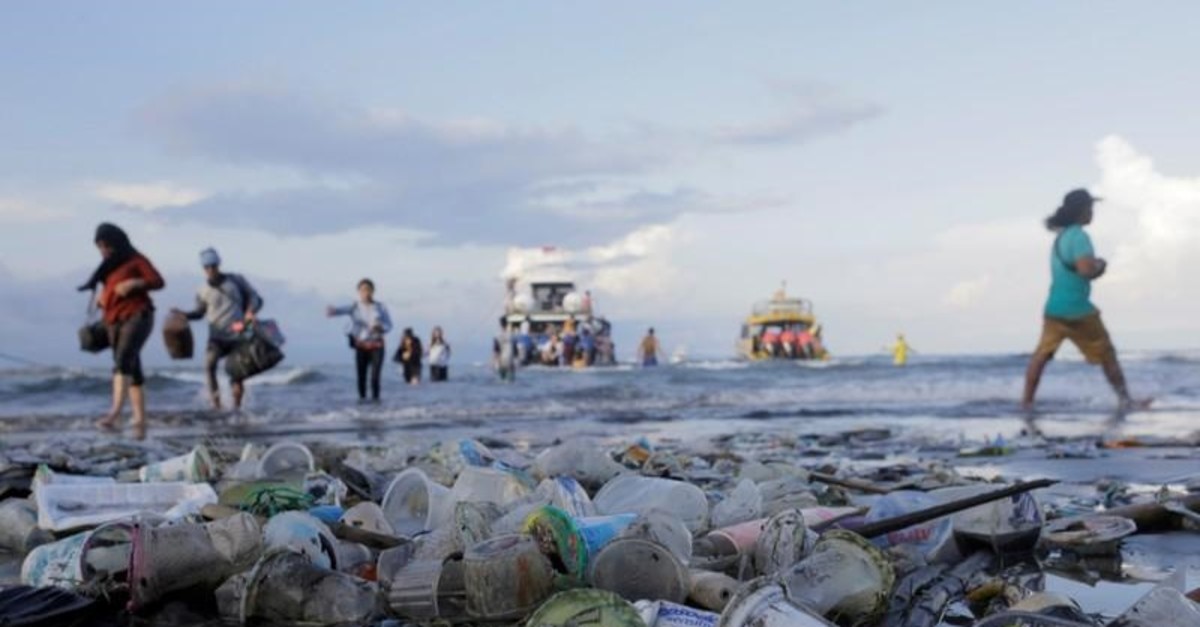 With Southeast Asia awash with rubbish, from plastic-choked whales to trash-clogged canals, leaders are planning to push through a deal to fight maritime debris at a regional meeting this weekend.

Just five Asian countries - China, Indonesia, the Philippines, Vietnam and Thailand dump more than half of the 8 million tons of plastic waste that end up in oceans every year, according to a 2017 Ocean Conservancy report.

The region has come under fire for not doing enough to tackle its mounting trash troubles, with single-use plastic and subpar waste management adding to the problem.

Leaders at a weekend meeting of the Association of Southeast Asian Nations (ASEAN) are expected to sign a "Bangkok Declaration" on fighting maritime waste - a first of its kind - which promises to "prevent and significantly reduce marine debris," according to a draft seen by Agence France-Presse (AFP).

But activists are worried the agreement doesn't go far enough. "If we are not reducing single-use plastic at the production process, this 'Bangkok Declaration' ... will not succeed," said Tara Buakamsri of Greenpeace in Thailand.

The agreement also omits penalties for the worst offending companies or countries, and fails to specify measures to tackle the problem. The ASEAN summit host Thailand billed the forum as environmentally friendly, handing out recycled paper notebooks, tote bags and food containers made from recycled plastic. But venue meetings in giant air-conditioned hotels and rows of plastic water bottles next to signs promoting "green meetings" had some wondering how dedicated the hosts really were. In addition to spewing out billions of tons every year, Southeast Asian nations are among the world's top importers of trash from more developed economies, like to the U.S. and Canada.

Greenpeace has called on the countries to stop accepting rubbish, which can end up in landfills and waterways if not properly processed. Buakamsri said the marine waste declaration should be broadened to include the thorny issue of banning plastic imports. "We don't expect them to actually incorporate this issue into the summit because there is no political will," he told AFP Saturday.

Alarming images of polluted canals in the Philippines, plastic-laden Vietnamese beaches, or whales, turtles and birds choking on plastic debris have thrust Southeast Asia's plastic problem into global headlines. Some private businesses in Thailand and Vietnam have started replacing plastic products like bags and straws with recyclable materials, but government policies have yet to catch up.